Time difference with the United States 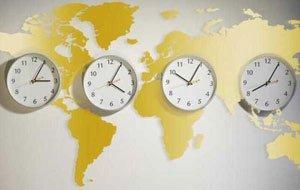 - It is 5 hours earlier in the Eastern states (New-York, Florida)

- It is 6 hours earlier in the Central states (Illinois, Texas, les Dakota)

- It is 7 hours earlier in the Mountain states (Wyoming, Colorado, Utah, Arizona)

- It is 8 hours earlier on the West coast (Nevada, California) 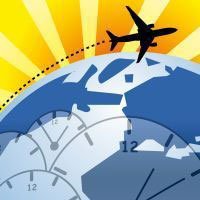 Don't move on to a new destination right after your arrival. Since the flight between London and New York, for example, lasts 8 hours and you will experience a 5-hour time difference (5 p.m. in New York will feel like 11 p.m.), get a well-deserved night's rest in the city of your arrival.

Take note that with a return ticket to London from Boston on Day 8, for example, you will arrive in London on Day 9. The flight is 6 hours long, to which you have to add an 5-hour time difference. If you leave L.A. at 3 p.m., you will arrive at 9 p.m. Boston time, which is 2 a.m. in London.