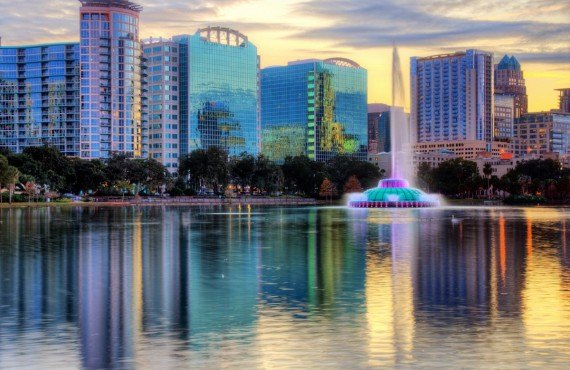 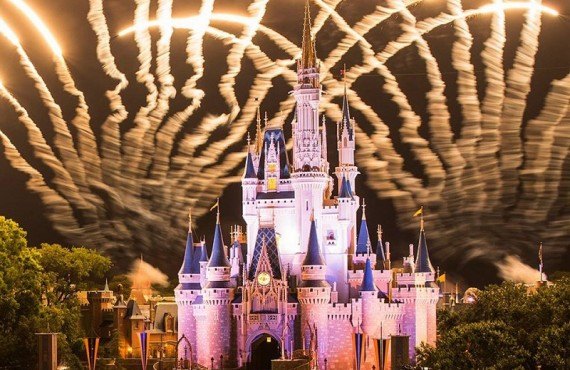 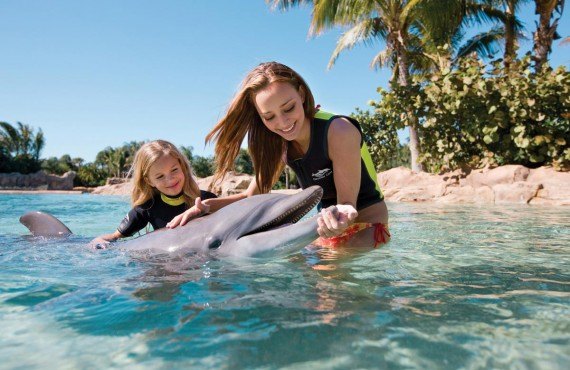 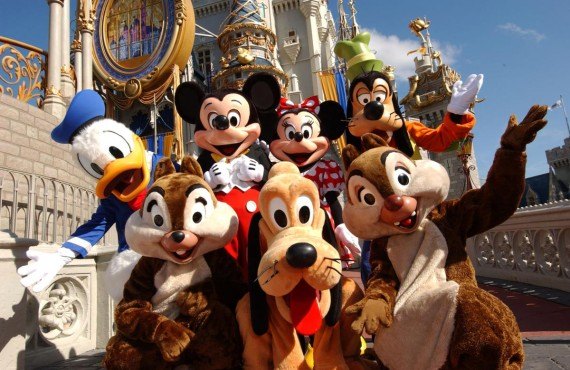 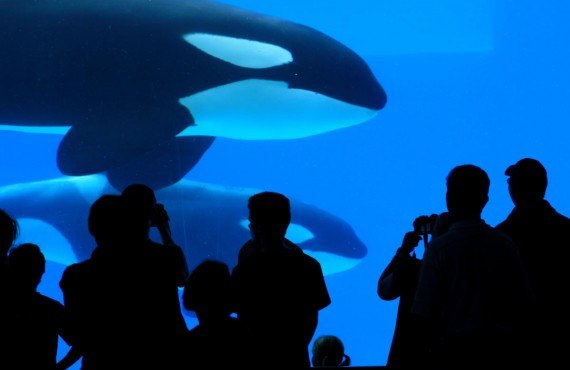 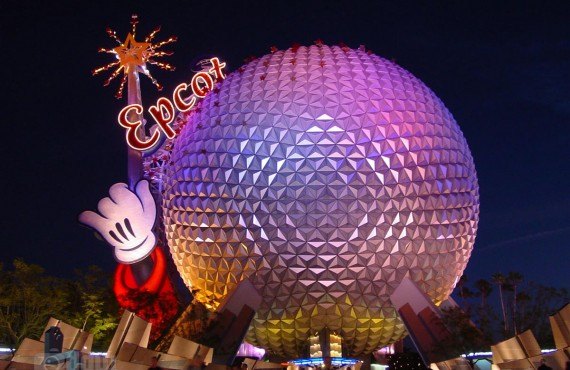 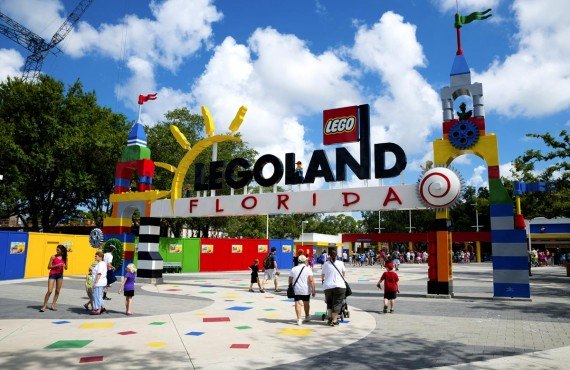 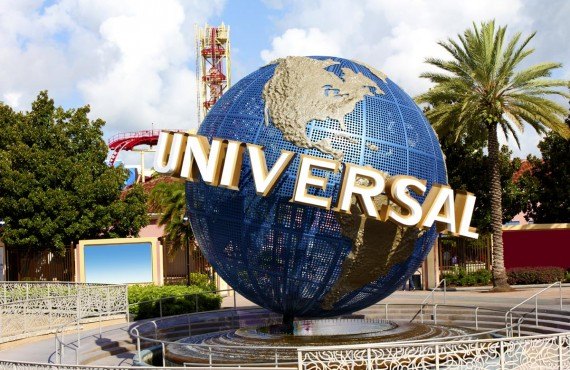 Welcome to the ultimate family destination!

With its many theme parks, water parks and shows, Orlando is sure to dazzle young and old alike.

Just like in Las Vegas, visitors often feel like they have arrived in an unreal, imaginary world...

Walt Disney World Resort, the city's biggest attraction, includes among others 4 theme parks and 2 water parks, each of which creates its own universe.

There is so much to do and see that special training sessions are even offered in some countries to ensure that future visitors don't miss out on anything! To make the most of your time and money, it is strongly recommended that you plan your stay before you go by carefully studying the maps of each park and having a good idea of the attractions, character visits and other activities that interest you.

Here is a summary of what to expect:

When it comes to shows, be sure to catch Let the Magic Begin parades, and the Disney Enchantment firework in the evening and the new Disney Adventure Friends Cavalcade (It will open in 2022 !).

Must-see attractions include Soarin' Over the World (a unique hang-gliding adventure over famous places around the world), Mission Space (mission to Mars), Test Track (buckle your seatbelt for a fast-paced car ride), The Seas with Nemo and Friends (an adventure to find Nemo) and Frozen Ever After (for fans of Frozen).

In the evening, don’t miss the Harmonious fireworks show.

You won't want to miss Toy Story Mania (enter the Toy Story Midway Games play set to battle 3D objects), Slinky Dog Dash (new family roller coaster), Alien Swirling Saucers (take a trip into space on board a toy rocket with the aliens from Toy Story), Lightning McQueen's Racing Academy (a oneof-a-kind show that will put you in the middle of the Disney and Pixar Cars universe), Rock 'n' Roller Coaster (a high-speed roller coaster ride to classic Aerosmith tunes), The Twilight Zone Tower of Terror (take an elevator to the 13th floor before plummeting to the ground), Star Tours: The Adventure Continue (make a jump to hyperspace to the world of Star Wars), and Star Wars: Rise of the Resistance (Join the Resistance in an epic battle against the First Order).

In the evening, you can choose between Fantasmic, a show that will take you into Mickey's imagination as he dreams that he is a sorcerer's apprentice, featuring an array of Disney villains, heroes and princesses (back in 2022), or the Indiana Jones Epic Stunt Spectacular with stage shows, action and adventure.

Disney's Animal Kingdom, the largest theme park in the world, will transport you to the heart of fascinating animal realms with its different themed areas: Oasis, Discovery Island (with the famous Tree of Life at the centre), Dinoland USA, Asia, Rafiki's Planet Watch (a wildlife conservation station and veterinary centre), Africa, and Pandora: The World of Avatar (based on the hit motion picture).

The park's main attractions include Kilimanjaro Safaris (a realistic safari in the heart of the African savanna), Expedition Everest (ride Disney's highest roller coaster to the top of Everest), Dinosaur (travel back in time in a Time Rover on a perilous prehistoric race to rescue a dinosaur), Avatar Flight of Passage (fly on the back of a mountain banshee over the unique landscapes of Pandora), Na'vi River Journey (navigate deep into Pandora's magnificent magical forest).

Other parks and services at Disney World include:

Immerse yourself in the world of cinema at Universal Studios, which opened its doors in 1990 and was designed by none other than the great Steven Spielberg!

Covering an area of 180 hectares, the park is divided into several themed areas. Here are the different sections and their main attractions:

This area is filled with sets worthy of the greatest movie studios. Must-see attractions include:

Take a trip back to the classic New York of the 1930s, 40s and 50s. The Race through New York Starring Jimmy Fallon attraction invites you onto the set of the famous Tonight Show with Jimmy Fallon and a wild race across the city.

The Revenge of the Mummy ride will take you on one of the most unique and thrilling roller coaster experiences at Universal Orlando... if you dare!

After New York, take a trip to the lovely city of San Francisco. Fast & Furious - Supercharged is a don't-miss attraction for Fast & Furious fans. 15 authentic Fast & Furious cars can be seen throughout the queue and even during the ride.

Immerse yourself in the fantastic world of Harry Potter and hop aboard the Hogwarts Express, the train that transports Harry to Hogwarts school of witchcraft every year (note that you need a Park-to-Park admission ticket to ride the Hogwarts Express). Harry Potter and the Escape from Gringotts will take you inside Gringotts Bank and deep into the vaults below, where you will face villains, trolls and other creatures alongside Harry, Hermione and Ron.

World Expo was inspired by the great World's Fairs that took place around the world in the 1960s. Attractions include:

Springfield: Home of the Simpsons

Yes, you are indeed in the land of the Simpsons!

In The Simpsons Ride, grab a seat with the Simpsons on a virtual reality roller coaster in Krusty the Clown's theme park, Krustyland, which is about to be sabotaged.

This area of the park is geared towards children. They will love the Woody Woodpecker's Nuthouse Coaster, a roller coaster designed especially for them! E.T. Adventure allows guests to board bikes and take off to the Green Planet to help E.T. save his home.

While in the heart of Hollywood, take in the Universal Orlando's Horror Make-up Show, where you will learn how make-up and design is used to produce some of the scariest and realistic horror effects we see in movies and see props and memorabilia from some of the greatest horror films ever produced.

It is good to know that at Universal Orlando you can purchase a Universal Express Pass in addition to your theme park admission, which lets you skip the regular lines and use a special Express Pass line at most of the main rides and attractions.

Note that, like at Walt Disney World Resort, it is advisable to arrive early (30 minutes before opening) to make the most of your time and money. You can even purchase your tickets online (and take advantage of special offers) at www.universalorlando.com, which will also save you from having to wait in line when you get there.

Seaworld is without a doubt a favorite among marine animal parks! It features theme park attractions, different places to observe animals and a variety of shows featuring killer-whales, sea lions and dolphins.

The park offers many opportunities for animal watching: you can see penguins in the Antarctic Habitat, watch dolphins both above and below the surface of the water at Dolphin Cove as well as mother dolphins and their calves at the Dolphin Nursery, discover the treasures of the sea through the various aquariums of Journey to Atlantis, visit the manatee rehabilitation area, see the Manta Aquarium and touch rays at Stingray Lagoon, get a close look at orcas, visit the sea lions at Pacific Point Preserve, observe rescued pelicans at Pelican Preserve, walk through one of the world’s largest underwater viewing tunnels at Shark Encounter, see sea turtles at Turtle Trek, and get up close to walruses and beluga whales at the Wild Arctic Habitat.

If you have time and opportunity, you can also visit Aquatica , Seaworld's water park, one of the best water parks in Orlando, and Discovery Cove , where you can enjoy a variety of unique experiences like swimming with dolphins or sharks, feeding the rays, and becoming a Trainer for a Day with a behind-the-scenes tour. All these experiences must be booked in advance, but you can also hand-feed exotic birds, swim and snorkel with tropical fish, swim with the otters, and swim and unwind in Serenity Bay.

Welcome to the world of LEGO! This interactive park has rides, attractions, shows and more, all inspired by LEGO brands and characters.

There is also a water park and LEGO-themed hotels. A LEGO-lovers' paradise!

In Orlando, restaurants are legion and, depending on which parks you visit, there are many choices and categories to choose from. Here are just a few of the favorites with visitors:

Diner-style restaurant with a 1950s retro kitsch atmosphere, where you sit in a car-shaped booth watching old science fiction movies like in a real drive-in theater! Diners come more for the experience than for the food itself!

You will almost feel like you are really in a Mexican hacienda, on a beautiful mild evening under the stars, enjoying a typical Mexican meal. A favorite in Epcot!

Sample French-inspired fare in the castle of Beauty and the Beast, nothing less!

The magic of Disney at its best... Enjoy a meal in Cinderella's castle in the company of different Disney princesses for a one-of-a-kind fairyland experience! Note that reservations may be required several months in advance!

Welcome to Nepal! This beautiful little restaurant in the Asia section of the park serves good pan-Asian cuisine at reasonable prices.

A detour to the Rainforest Café is a must for families if you've never been there. You will feel like you're in the heart of the jungle and the decor alone is worth the trip, as the food is nothing exceptional.

Another family restaurant that is worth the trip for the experience more than the food. Children love the prehistoric setting and the animatronic dinosaurs.

Located in the Jurassic Park section of the park, Mythos transports you to a fantastic setting of rocky caverns and waterfalls. The menu offers a mix of Mediterranean, Asian and American cuisines.

A must for Harry Potter fans and the chance to sample the famous Butterbeer!

This popular restaurant chain, inspired by the film Forrest Gump, serves shrimp and seafood prepared in a variety of ways in addition to fish, meat, sandwiches, soups and salads.

This restaurant is worth the detour for its excellent cuisine, calm atmosphere, and its floor-to-ceiling windows offering direct and breathtaking views of the giant shark tank.

(Translated by Google) We went to Universal Park, which is more suitable for teenagers and doable in 1 day, unlike Disney World.
What fun! 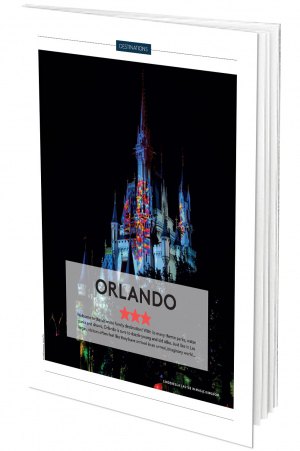 5 Florida treasures waiting to be discovered