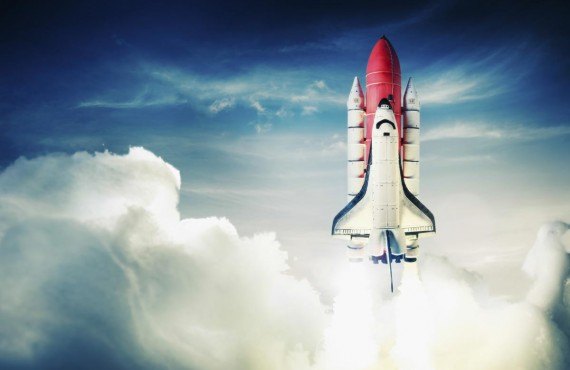 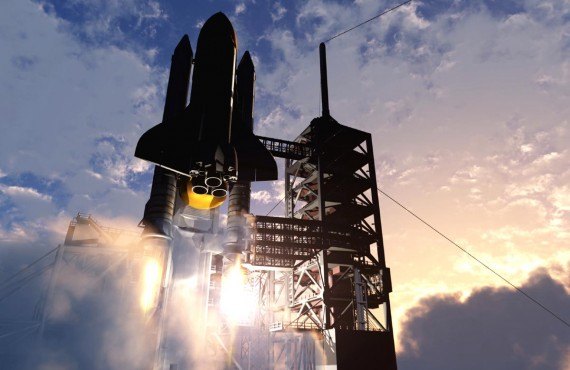 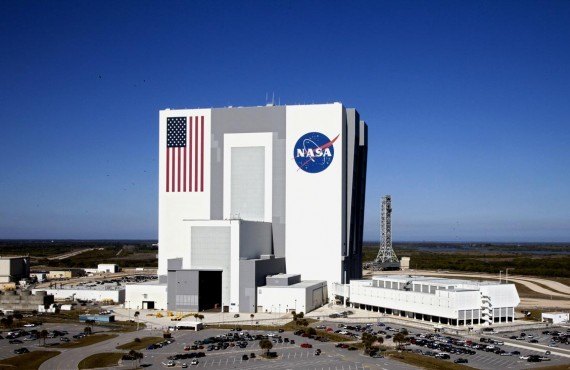 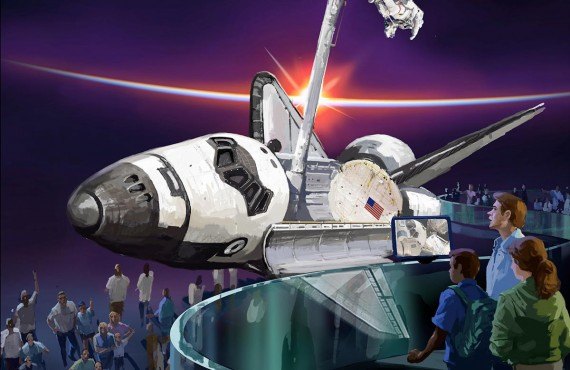 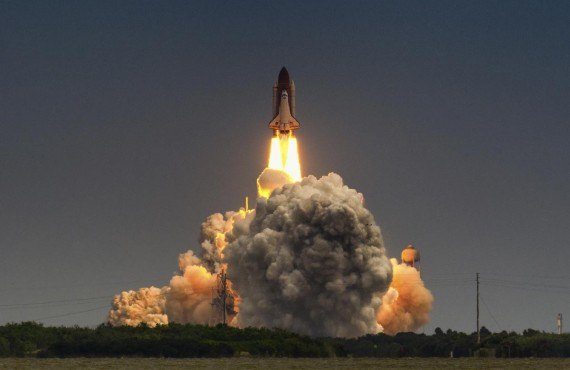 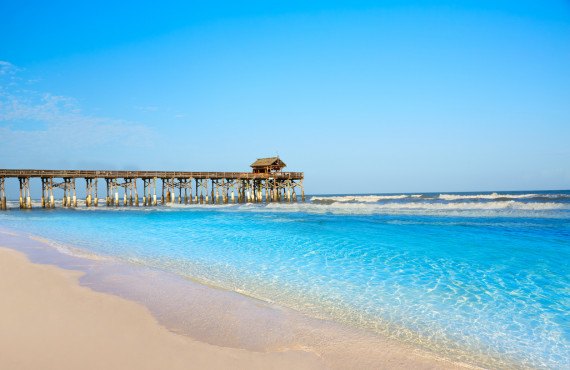 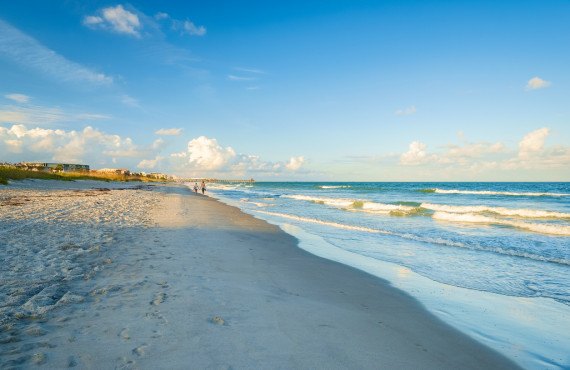 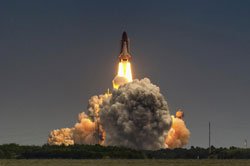 Cape Canaveral on the Space Coast is home to two spaceports from which several American space shuttles and other spacecraft have been launched over the past decades. Even the area code refers to the countdown sequence: 321!

American space exploration received a boost in 1961 with a speech by John F. Kennedy, in which he announced the goal of landing an American on the moon before the end of the decade.

In contrast to high technology and science, the region also preserves corners of wilderness, which you will enjoy discovering. 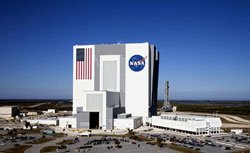 Kennedy Space Center is a must-see destination! This NASA-run space centre also houses an immense tourist complex and is on Merritt Island, while nearby Cape Canaveral is home to the Cape Canaveral Space Force Station.

Your visit begins at the Kennedy Space Visitor Complex , where you will get a good overview of the space program. Pick up a guide with the schedule of the day's activities. The tour is divided into 2 parts: exploration of the attractions on foot and a bus tour of the site.

The regular Kennedy Space Center tour lasts about 2 hours and is included with daily admission. This tour is the only way to gain access to NASA’s restricted areas. You will pass in front of the vast Vehicle Assembly Building, and continue on to Launch Complex 39 for a look at the launch pads from an observation deck. You will then make a stop at the Apollo / Saturn V Center to see, among other things, a reconstructed control room and the Saturn V moon rocket. Because Kennedy Space Center is a working launch facility, the tour route may be altered at any time. This tour is currently not available. Visit the website for 2022 updates.

The Rocket Garden is an outdoor exhibit of actual rockets from the  Mercury, Gemini and Apollo programs.

Heroes and Legends focuses on America's first astronauts and presents the characteristics of a hero through NASA's space pioneers. This new attraction also houses the U.S. Astronaut Hall of Fame .

At the Astronaut Encounter, visitors get the rare opportunity to meet real astronauts. Blue-suited NASA astronauts who have lived and worked in space share their experiences during a one-hour live presentation and question & answer session.

Space Shuttle Atlantis is probably the centre's most popular attraction! An introductory film tells the story of the shuttle program, and you can get a close-up view of the actual space shuttle Atlantis. You won't want to miss the Shuttle Launch Experience , a simulated shuttle launch that lets you live the sights, sounds and sensations of blasting off into space. A veteran space shuttle commander shows you into the “cockpit” for a memorable multisensory experience!

There are many attractions included in the entrance fee that you can visit on foot. It's up to you to choose according to your interests and the time you have available.

Plan a full day for the tour, so that you can make the most of all the facilities. The complex opens at 9 a.m. every day of the year and closes between 5 p.m. and 8 p.m., depending on the season.

This 140,000-acre wildlife refuge, next door to NASA, was created in 1963 to provide habitat and protection for several endangered animal species such as the loggerhead turtle, manatee, lynx and bald eagle. You can explore the park and its fascinating wildlife along the 11-km unpaved road, Black Point Wildlife Drive!!! star(2)!!!. You are sure to see several species of birds, including the impressive pink spoonbill!

North of the reserve is the Canaveral National Seashore , a coastal park that stretches along 40 km of undeveloped shoreline. Be sure to take a walk along the magnificent, pristine Playalinda Beach . You can also explore the mangrove forests and uninhabited islands along the coast by boat.

The refuge is open to the public every day from sunrise until sunset, and the visitor centre is currently open Wednesday-Saturday from 8 a.m. to 4 p.m. Hours may change.

A visit to Cape Canaveral would not be complete without stopping in the small coastal town of Cocoa Beach. This quintessential beach town is well known to Americans but receives few international tourists.

You will love the huge beach, which is less crowded than many Florida beaches and has a view of distant cruise ships at anchor in Port Canaveral. Surfing competitions are held regularly there. There are a few parks along the shore with parking and services (toilets, showers, picnic tables, etc.), but you can also park in the street and use the public beach access.

Be sure to explore the historic Cocoa Beach Pier (Meade Avenue) with its restaurants, bars, gift shops and live musical entertainment and pay a visit to the legendary Ron Jon Surf Shop (4151 N. Atlantic Avenue)!

Founded in 1860, historic Cocoa village is a charming district with its cobblestone streets lined with hundred-year-old trees and its original buildings. It's one of the most popular destinations on the Space Coast for shopping, hanging out or relaxing at a sidewalk café.

Good casual restaurant for seafood, chicken, steak and ribs, or just to enjoy a drink and watch the ships and fishing boats go by. A unique island atmosphere with live entertainment several evenings a week.

This local favorite is known for having one of the best waterfront locations in Cocoa Beach, offering dramatic views and spectacular sunsets. It serves classic American cuisine, including several delicious fish and seafood dishes.

Florida's Fresh Grill is a popular restaurant offering a wide variety of dishes, all crafted with fresh ingredients. From the Angus beef, fish, chicken and seafood to the salads, sauces and desserts, all of the food is prepared from scratch with no added preservatives. The service is also excellent.

The owners, Dewey and Kat, are passionate surfers and spent several years in Hawaii before opening their restaurant in Cocoa Beach. Their Hawaiian-inspired cuisine offers fresh, unique, exotic, homemade dishes.

This waterfront gourmet restaurant specializes in seafood, while making a point of supporting local producers. All dishes are prepared with top quality seasonal ingredients. The best of Florida on your plate! The wine list is excellent, and several homemade beers are also available.

Open every evening from 4 p.m.

(Translated by Google) Few people in August so no queue at the attractions, we can regret the absence of audio guide in French. Unique experience with real shuttles! 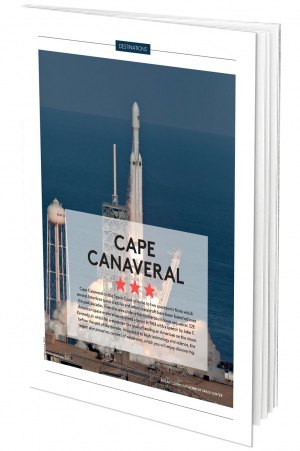