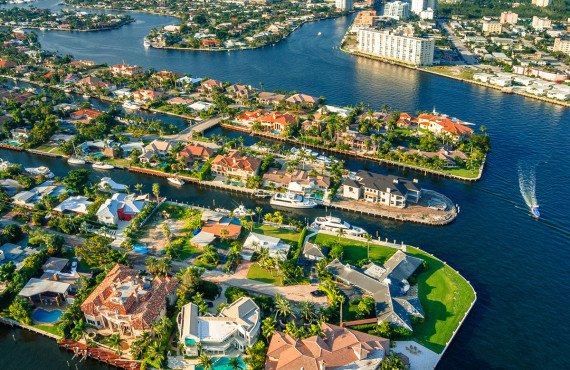 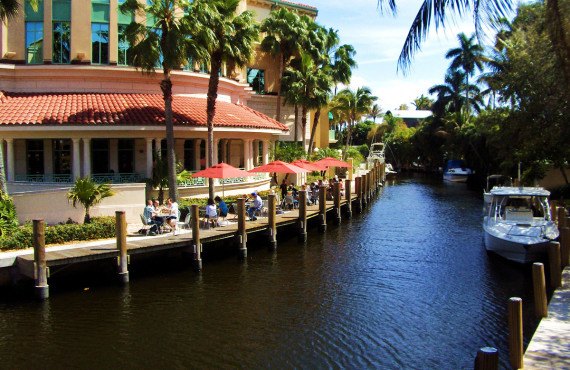 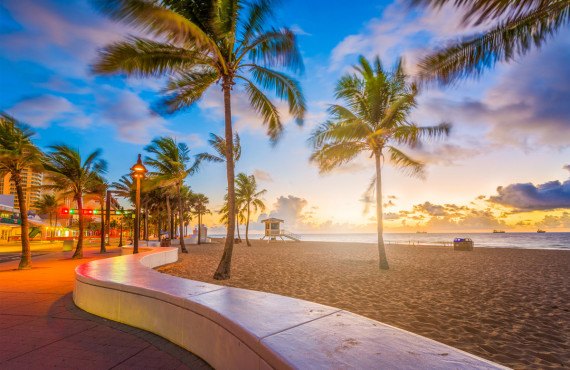 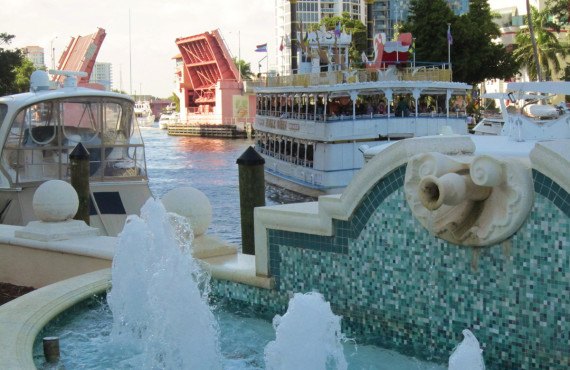 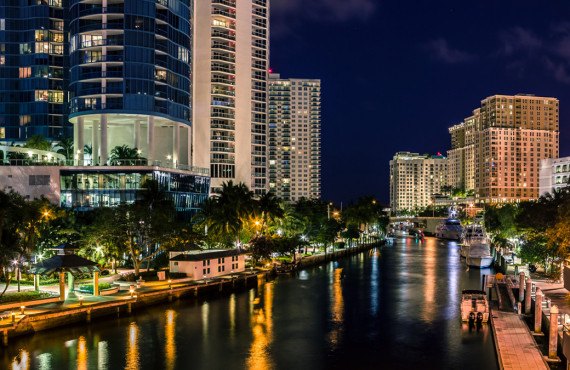 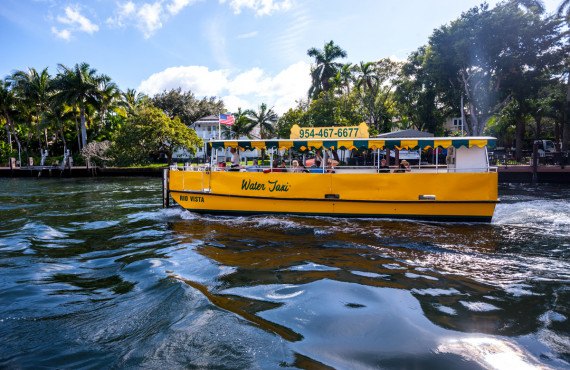 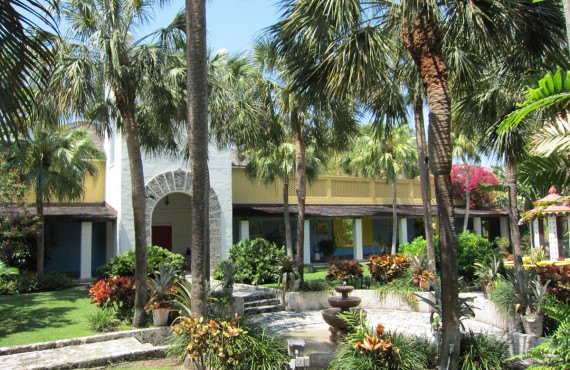 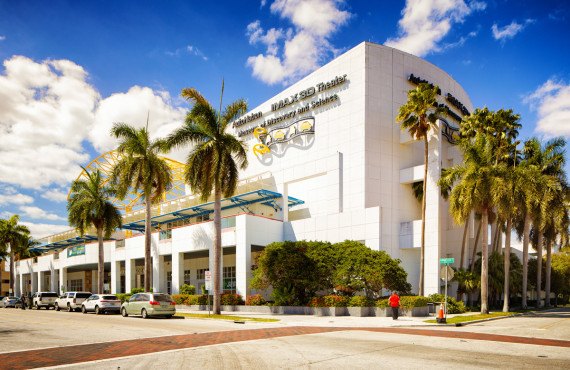 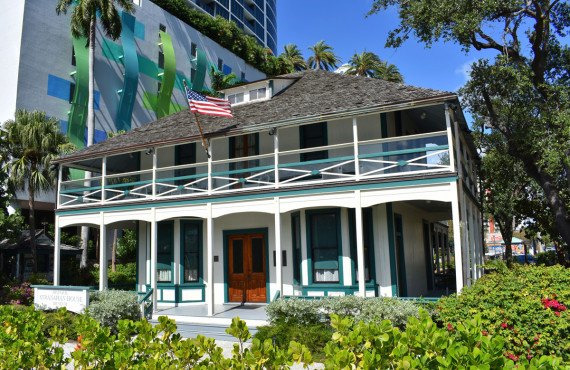 Fort Lauderdale is a true paradise for boaters. Bordered on one side by the Atlantic Ocean and on the other by the Intracoastal Waterway, it is even nicknamed the "Venice of America" for its many artificial and natural waterways. Moreover, it is the second largest cruise port in the world after Miami.

It receives more than 10 million visitors annually, who enjoy strolling on its beaches, attending its events, shopping on Las Olas Boulevard and eating in its restaurants. It is the perfect place to take a break and enjoy some "farniente"!

Located along the New River, this neighborhood has been revitalized since the 1980s and is home to many of the city's main attractions such as Las Olas Boulevard, the Riverwalk, the NSU Art Museum, Stranahan House and the Museum of Discovery and Science.

This major artery in the heart of Fort Lauderdale has always represented the soul of the city.

In the early 1900's, it was just a dirt road leading to Las Olas beach, whereas nowadays it is an important cultural and tourist center. You can find everything here: cafes, restaurants, bars, art galleries and stores.

It is said that the original settlement in Fort Lauderdale was here along the New River, named by the Seminole who used it to get to the ocean to fish. The New River was also important to the early settlers, who would travel up it from the Everglades to reach the Stranahan trading post. Today, the Riverwalk is a large, lush riverside park with lovely winding walkways connecting museums, shops and restaurants for about 1.6 km, including Stranahan House, the NSU Art Museum and the Museum of Discovery and Science. Along the Riverwalk you will find picnic areas, kiosks, temporary exhibits and more, depending on the season.

Museum of Discovery and Science

The mission of this superb museum is to educate and entertain through educational programs and immersive and interactive science exhibits. It features 119 square feet of indoor space, an IMAX theatre, a large open-air atrium and the 52-metre-high Great Gravity Clock. The themes of the 18 permanent exhibits include the Discovery Center, Everglades Airboat Adventure, Florida Ecoscapes, Florida Water Story, Go Green, Otters at Play (real otters in an indoor habitat!), Prehistoric Florida, and Storm Center. The museum also houses temporary exhibits, a café and a gift shop.

The NSU Art Museum has been the meeting place for Fort Lauderdale art lovers since 1958. The 25,000 square foot facility features a variety of programs and exhibits covering many facets of civilization and history. The superb permanent collection contains some 7,000 works, including a vast collection of post-World War II art, the largest collection of 19th century drawings and paintings by American painter William Glackens, collections of great Cuban and Latin American artists, African and Oceanic tribal art, art of the Americas, and expressionist works by CoBrA artists (painters from Copenhagen, Brussels and Amsterdam).

Several temporary exhibitions are presented annually, as well as exclusive events. Don't hesitate to visit the store or take a break in the museum café.

This historic house, built on the banks of the New River in 1901 by Frank Stranahan, is one of the oldest in the county. Ohio native Frank Stranahan came to the area now known as Fort Lauderdale in January 1893 at the age of 27, hired on to manage his cousin’s camp and ferry. He quickly established a thriving trading business with the Seminole Indians. In 1894, Frank acquired ten acres for his own commercial interests, and moved the trading post farther west along the river. This building served as trading house, the area's first schoolhouse (his wife was the teacher), community centre, bank and general store, and Stranahan lived there with his wife from 1906.

Admission to the Historic Stranahan House Museum is by guided tour only, led by experienced docents and lasting 45-60 minutes. Tickets can be purchased on site on a first come, first served basis or online on the website. You will have a tour of the house, completely restored as it was in 1913, and learn about the history of the house, the founding family, and the City of Fort Lauderdale. It may be a good idea to call ahead to make sure there will be space. Open every day with tours at 1 p.m., 2 p.m. and 3 p.m. (Note that the museum may be closed on public holidays).

The Bonnet House, another iconic historic house, was the home of artist Frederic Clay Bartlett. The 35-acre oceanfront property was given as a wedding gift to Bartlett and his second wife, Helen Louise Birch, by Helen's father, Hugh Taylor Birch. The house was built in the 1920s based on designs by Bartlett, who was inspired by Caribbean-style plantation house architecture. Tragedy struck in 1925 when Helen died from breast cancer. Frederic’s visits to Bonnet House then became sporadic until 1931 when he married Evelyn Fortune Lilly and they began using the home as a winter residence until his death in 1953. Together Frederic and Evelyn embellished Bonnet House with the decorative elements that delight visitors to this day. Evelyn continued to spend winters at Bonnet House until 1995. She died in 1997 at the age of 109.

During your visit to the main house and studio, you will see paintings and murals by Frederic Clay Bartlett who, in addition to creating art, was an avid art collector. He and his wife Helen amassed a priceless collection of paintings. One of the house galleries also displays works by his second wife, Evelyn Fortune Bartlett, who began painting in 1933 with much encouragement from her husband.

Following your tour of the house, head for the sumptuous gardens which feature natural vegetation, a tropical garden and arid plantations. Five south Florida ecosystems can be found on the 14-hectare property, which is a real paradise for migratory birds. You may even see manatees near the canal and small monkeys in the trees. There is also a hibiscus garden and many orchids, of which Evelyn Bartlett was a passionate collector. Note that picnics are welcome on the grounds with paid admission: a great opportunity to enjoy a snack in a lovely setting!

Open Tuesday-Friday from 11 a.m. to 3 p.m. and weekends from 11 a.m. to 4 p.m. Guided tours last approximately 1.5 hours. You can register online for the guided tour of the house. Different tour options are also possible. Hours may vary during high season. Visit the website.

Butterfly World is the fulfillment of the dream of Ronald Boender, a butterfly enthusiast from a very young age. After retiring from a career as an electrical engineer in 1968, Boender decided to actively pursue his interest in butterflies, beginning by raising local butterflies at his home. He then opened a commercial butterfly farm in 1984 and Butterfly World, the first butterfly house in the United States, in 1988.

Butterfly World is home to 20,000 butterflies, aviaries, a butterfly farm, a research centre, lush gardens with waterfalls and multicoloured flowers, an insect exhibit, and lorikeets (a vibrant small parrot) that you can hand-feed!

Jaxson’s has been a Dania Beach landmark since1956. With its carnival-style exterior, it's impossible to miss! Jaxson's makes its ice cream the old-fashioned way, with 40+ ice cream flavors and toppings made daily at the Dania Beach location. And if you're really hungry, you can try one of their famous jumbo sundaes. There is even one that contains so much ice cream and toppings that it is served in a kitchen sink!!! An all-American experience! The restaurant also has a complete menu featuring salads, hot and cold sandwiches, burgers, hot dogs, and a selection of typical American fare. The deliciously kitsch decor alone is worth the detour: the walls are lined with a huge collection of license plates from all over the world and other memorabilia.

This slightly out-of-the-way location in the northern part of Fort Lauderdale is known for its bar service and warm atmosphere. The 3711 Beach Side offers a mix of modern European, Mediterranean and American cuisines, specializing in fish and seafood. The menu includes such delicacies as crab cakes, lobster pasta, mussels and fresh mahi-mahi filet in addition to salads, burgers, sandwiches and steak, chicken, pork and ribs. Something for every palate!

Open daily from 7 a.m. to midnight.

This is a Fort Lauderdale favorite, not just for its outdoor patio and bar with stunning views of the beach and the Atlantic Ocean, but also for the quality of its service, for its chic yet relaxed atmosphere and for the chef's superb, eclectic Mexican cuisine. You will revel in the ceviches, tacos, tostadas, quesadillas, enchiladas, guacamole, and sublime grilled meats. Cocktails are taken seriously here and are hand crafted by an expert. Tequila and mezcal lovers will be delighted with the more than 300 varieties on the menu.

If you're in the mood for a good coffee, a good glass of wine, fresh homemade pasta, gnocchi, pizzas, sandwiches, beautiful salads and classic Italian dishes, SAPIDO is waiting for you with open arms. All this in a warm and friendly atmosphere.

Ideally located on the banks of the Himmershee Canal, Casa Sensei serves up fusion cuisine, deliciously blending Asian flavors from Thailand, Japan, China, Korea and Vietnam with the culinary traditions of Latin America. The menu is appealing and varied, a true journey in itself. For the more romantic, you can even dine in a gondola on the canal! 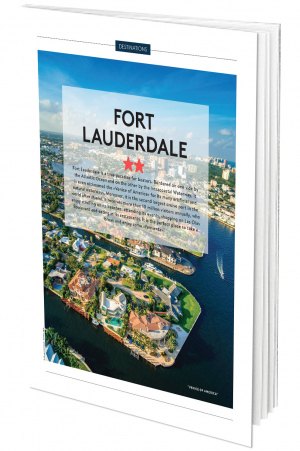