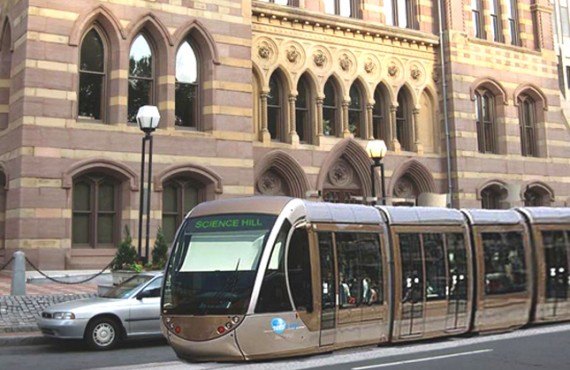 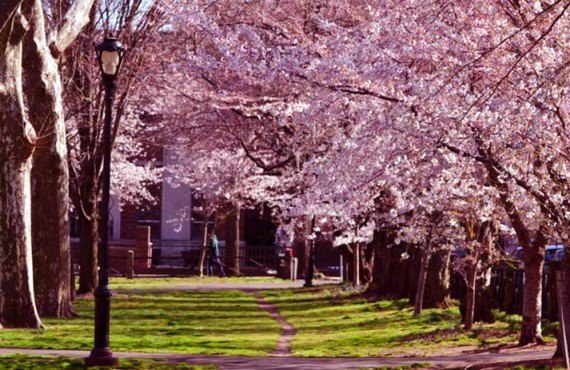 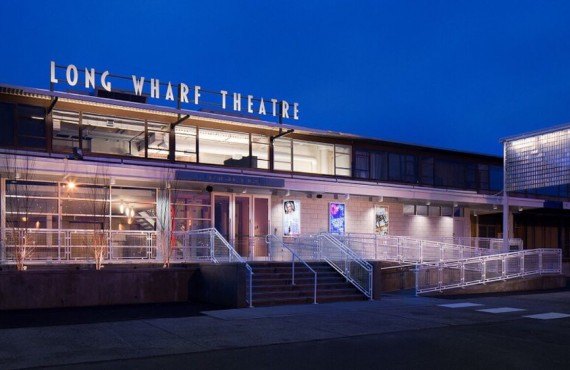 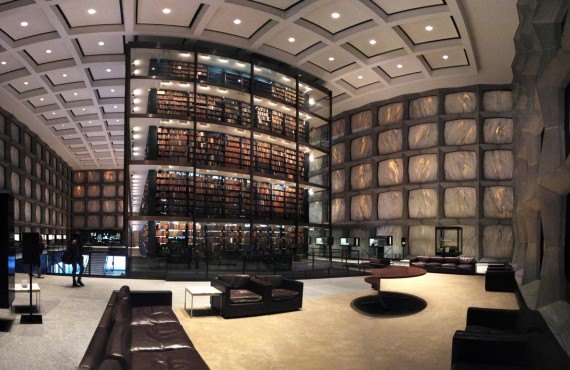 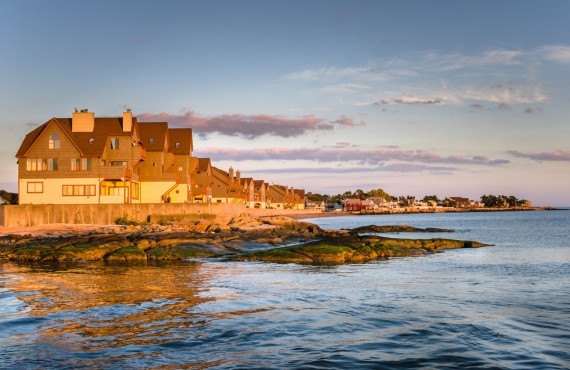 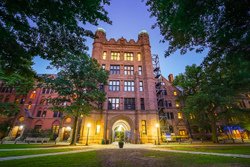 With a population of 130,000, New Haven is the second largest city in the state of Connecticut. It's the perfect place to stop on the way to New York City.

The small city attracts many tourists who come to visit the prestigious Yale University. Founded in 1701, Yale is the oldest university in the United States.

You must also try the renowned New Haven pizza, which is widely considered to be among the best in the country, if not the world!

Discover the 300-year history and the student life of today on the picturesque campus of the oldest university in the United States.

Be sure to visit the university library. The Beinecke Rare Book & Manuscript Library contains more than 12 million documents, many of which are extremely rare (121 Wall Street / beinecke.library.yale.edu).

If you wish to explore the campus on your own, get a Blue Trail map, which will help you find your way around. You can use the shuttle service to get around and you can also take a free guided tour of the campus. These tours last about 1 hour and are led by undergraduate students. They depart from the visitor center at 10:30 a.m. and 2 p.m., and on weekends at 1:30 p.m. The visitor center is open Monday to Friday, from 9 a.m. to 4:30 p.m., and on weekends from 11 a.m. to 4 p.m. 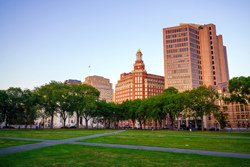 New Haven Green is a large park at the centre of downtown New Haven, right next to the university. It is surrounded by government, university and historical buildings, stores, restaurants, museums, art galleries and two theaters. The park features many paths, benches, picnic tables and a central fountain. Concerts and events are also held here during the summer season.

This charming museum is centre for art education. Its permanent collection dates back to 1832, when artist John Trumbull donated over one hundred of his paintings to Yale University. Since then, the collection has grown to more than 250,000 objects representing different cultures, from Antiquity to the modern day. Open Tuesday-Friday from 10 a.m. to 5 p.m. (until 8 p.m. on Thursdays in summer) and weekends from 11 a.m. to 5 p.m. Admission is free.

The mission of this Yale University museum is to communicate the results of geology, biology and anthropology research. Discover the Earth's 4.5-billion-year history, through a variety of exhibits on mummies, fossils, diamonds, the evolution of the first mammals, dinosaurs, and much more. Open Tuesday-Saturday from 10 a.m. to 5 p.m. and Sundays from noon to 5 p.m. 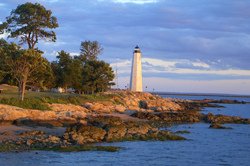 Take a walk along the beach to the old Five Mile Point Lighthouse , built in 1840. The park offers beautiful views of the harbour and the ocean, especially at sunset. There is also a historic wooden carousel, which operates from noon to 4 p.m. on weekends only during the summer. The park is open from 7 a.m. until sunset from April to November. There is a fee for parking ($25 per vehicle for the day).

If you have time, take a relaxing walk in this neighbourhood park, located on the East Rock River. There is a children's playground, picnic areas and several benches. You can also take a small trail (the White Trail) to the top of the ridge and enjoy a beautiful view of the city. 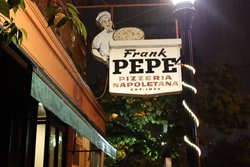 Pay a visit to Little Italy for the best pizza in the country! Several Italian restaurants, including the popular and famous Frank Pepe Pizzeria, can be found along the main street, Wooster Street, easily recognizable with its archway entrance. While the pizza is a must, the neighbourhood is also pleasant and authentic, but small.

Take the opportunity to go for a walk before or after your meal. Walk along Wooster Street, then down DePalma Court, where there is an open-air market on weekends, and on to Wooster Square Park. The air is filled with the smell of Italian cooking, and cherry blossoms in the spring.

If you're in the mood for some shopping, make a stop at Manchester Designer Outlets between Burlington and New Haven. This commercial centre in the heart of Manchester is a collection of outlet boutiques that let you save big on designer brands. You will find Polo Ralph Lauren, Michael Kors, Brooks Bros, Vineyard Vines, Kate Spade, Ann Taylor, Giorgio Armani, Eileen Fisher, New Balance, Eddie Bauer, Le Creuset, Tse Cashmere, Talbots and many more. Be prepared to walk from one group of stores to another.

Louis' Lunch is known as the "Birthplace of the Hamburger Sandwich"! Family owned and operated since 1895, the restaurant is now run by the 4th generation. Louis’ Lunch is committed to serving the best hamburger in the world, served simply on white toast with cheese, onion and tomato, to bring out the full flavor of the fresh meat blend. The original cast iron grills are still used.

This iconic eatery was founded in 1925 by Frank Pepe, an immigrant from Italy's Amalfi coast, and is still family owned and operated. They claim that it is the coal fire that gives their “tomato pies” their famous crisp, charred, chewy crust. The Pizza de Pepe and White Clam Pizza are derived from Frank's original recipes. As the place is very popular, you may have to wait to be served, but you'll soon see why their pizza is world famous!

Another good place to eat great pizza! Formerly known as Tony's Apizza Place, this restaurant has been open since 1934. Anotonio "Tony" Tolli, an Italian immigrant, founded a dynasty of pizzerias in Greater New Haven and still contributes to New Haven's famous reputation today. You be the judge!

This small, unpretentious gourmet restaurant is a local favorite, offering modern American cuisine in a relaxed and friendly atmosphere. The dishes are composed of fresh seasonal ingredients and are beautifully presented. The wine list is excellent and good cocktails are also available. 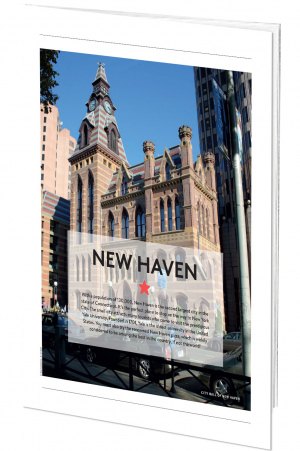 Zion: The complete guide to the Angels Landing hike

What is the cheapest way to use the Internet on my phone in the U.S.?