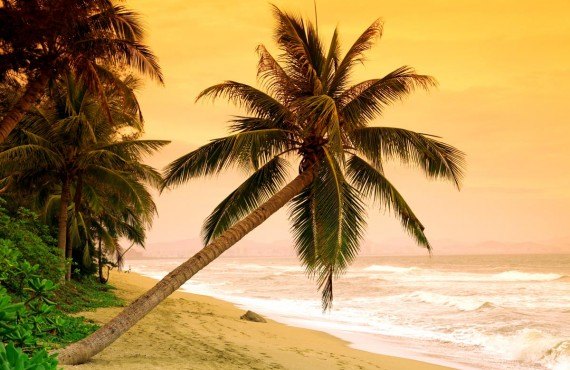 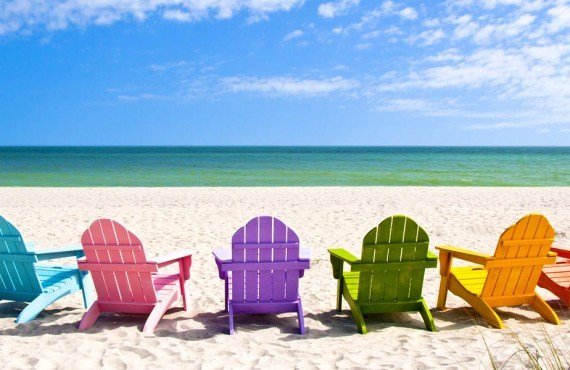 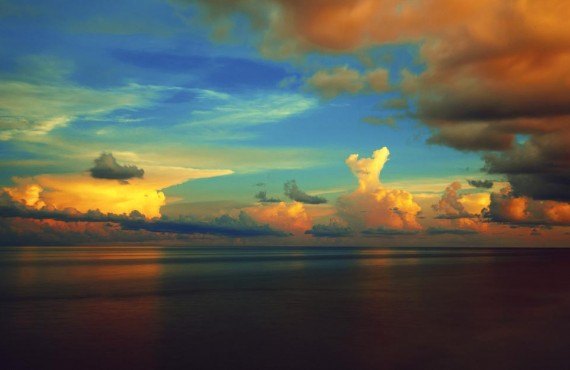 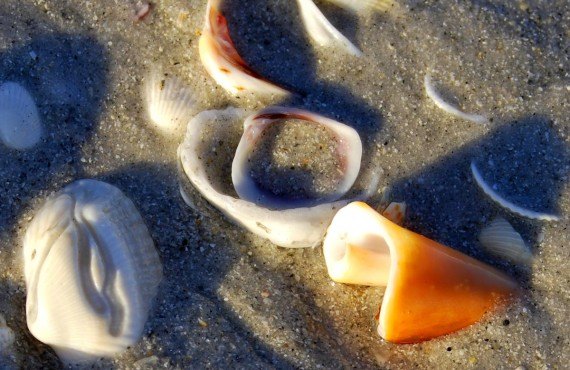 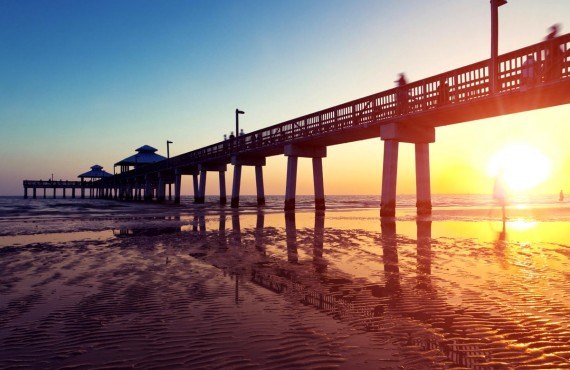 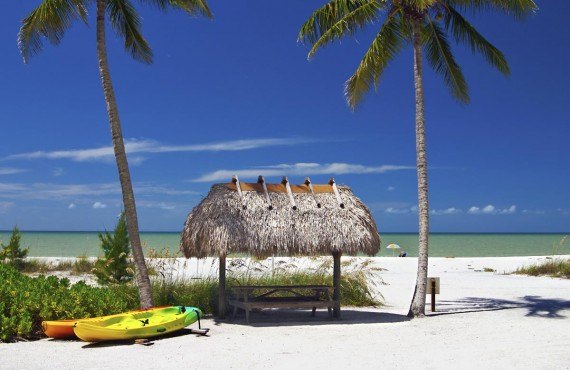 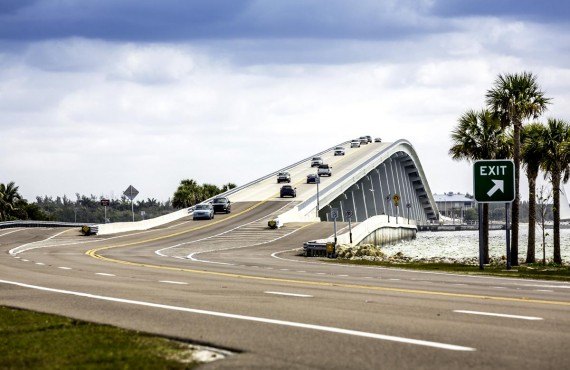 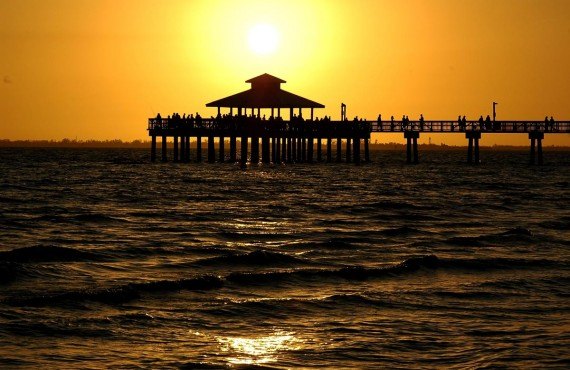 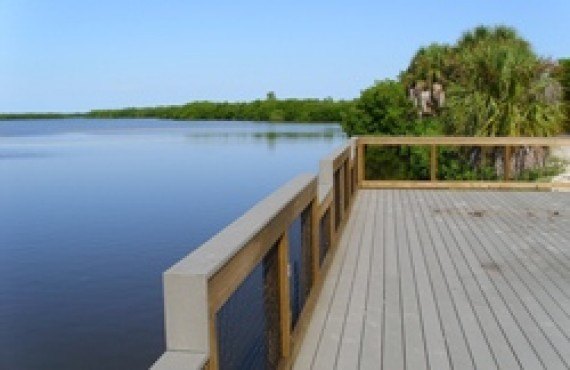 Sanibel Island is a real shell-collector's paradise. The east-west orientation of the island’s south end acts like a shovel, scooping up the more than 200 species of seashells brought in by the currents. Some beaches are literally carpeted with them. So many people go shelling that the bent-at-the-waist stance has even been dubbed the “Sanibel Stoop"!

It was only in 1963 that the island was connected to the mainland by a causeway. Its exquisite scenery, blue waters as far as the eye can see and spectacular sunsets make Sanibel an essential destination when visiting southern Florida.

Lighthouse Beach is mostly frequented by families. It is named for the historic lighthouse found there. Swimming, fishing and walks around the marshes are the most popular activities. There are also washroom facilities, picnic tables and shaded pavilions.

Beautiful Bowman's Beach is everything you could dream of for a perfect getaway: it is secluded, quiet and not very crowded. It is one of the most popular beaches on Sanibel. There are several amenities, including a children's playground. It is also the only beach with barbecue grills where you can cook while enjoying the spectacular sunset.

Another white sand beach, perfect for shelling. It has washroom facilities (water fountains, showers and toilets) and picnic tables. It is a short hike from the parking lot to the beach.

Turner Beach is one of the most popular for shelling. Swimming can be dangerous because of the swift currents. There are no washroom facilities.

This park covering more than one-third of the island was created to safeguard and enhance the pristine wildlife habitat of Sanibel Island, to protect endangered and threatened species, and to provide feeding, nesting, and roosting areas for migratory birds. Along the wooden boardwalks you can sometimes see Gopher tortoises and even alligator crossings on the bay side.

The park is a bird watchers' paradise! One of the best times of the day to view some of the 245 species of birds is early in the morning, at low tide. From your car on Wildlife Drive, you may see pelicans, spoonbills, anhingas, woodpeckers, herons, egrets and other beautiful waterfowl. The road is open every day except Fridays.

You can also enjoy kayaking, canoeing, or paddleboarding on the quiet waters of the park (equipment can be rented on location). The visitor centre is open Monday-Saturday from 9 a.m. to 4 p.m.

Sanibel's Bailey-Matthews Shell Museum has more than 2 million shells in its collection, including specimens from around the globe. It's the perfect place to identify the shells you've found during your trip. You can also download their app to identify your finds. Open every day from 10 a.m. to 5 p.m.

A short bridge at the northern tip of Sanibel Island leads to Captiva Island . Captiva is home to tourist resorts, some good restaurants, and more beautiful beaches where you can add to your collection of shells.

Several companies offer tours to explore the beautiful pristine islands nearby, such as Captiva Cruises:

Sometimes overlooked by visitors in favor of the Everglades, Naples boasts many white sandy beaches and the particularly calm waters of the Gulf of Mexico. The city appeals to a wide range of visitors with its 35 golf courses and its high-end boutiques and art galleries.

This park boasts one of the most pristine stretches of beach in the world, with 2 km of white sand and calm waters. It's the perfect spot to build a sandcastle or just relax in the sun. The place is however very busy on weekends. Open every day from 8 a.m. until sunset.

Historic Old Naples is the place to browse high-end boutiques and art galleries, unwind on the patio of a good restaurant or take a break in the shade of some palm trees.

This scenic route runs along the Gulf of Mexico for about 10 km. Start on Mooring Line Drive which becomes Gulf Shore Boulevard. Turn left on 19th Avenue and then right on Gordon Drive until you reach Gordon's Pass.

You will see luxury homes and beautiful beaches. Also note the Naples Pier (735 8th Street), built in 1888, a symbol of the city and its history.

A must! Pinocchio's ice cream, frozen yogurt, sorbet and gelato are handcrafted in-house. They offer many unique and delicious flavours, some of which are inspired by the local beaches, others by Tuscany, and the frozen treats are always fresh (if they make it on Monday, they serve it on Tuesday or Wednesday.) The portions are generous: you won't be disappointed!

The perfect place to start the day! The breakfast menu is impressive, with a wide selection of pancakes, eggs prepared just how you like them, sandwiches and even seafood omelettes! You will also love the patio, the festive atmosphere, the interesting menu, the great cookies, the cold drinks, the outdoor games and the live entertainment.

One of the island's favourite restaurants. A real culinary journey awaits you here. Chef/owner and artist Melissa Talmage offers a varied and creative menu prepared with eclectic ingredients.

Currently open for lunch and dinner Tuesday-Friday from noon to 8 p.m. and on Saturdays for dinner from 5 to 8 p.m.
1625 Periwinkle Way, Sanibel Island

This popular restaurant offers American cuisine at its best in a cozy, romantic setting! The menu is varied and prepared with fresh seasonal ingredients. You will enjoy your experience as much for the beautiful sunsets as for the food and service.

The hottest water of the whole stay

(Translated by Google) I was skeptical because Virginie offered us to spend 3 nights here. We did well to follow his advice. Much nicer and nicer than the Keys. It is a destination that deserves to be better known. Nice national park also to discover alligators and local fauna by bike. Sunset and heavenly beaches. A nice break in our road trip.

(Translated by Google) Captiva Island is magnificent, encounter with dolphins and manatees! Unexpected ! 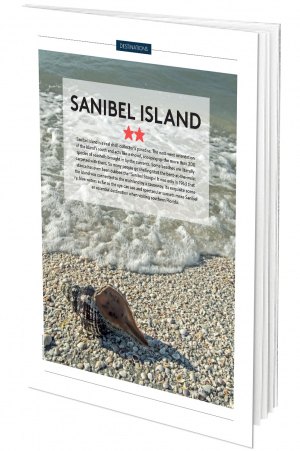