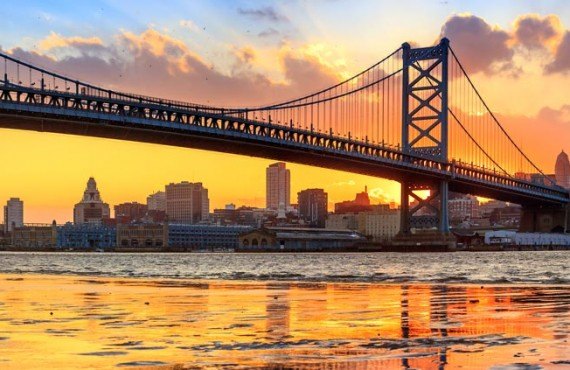 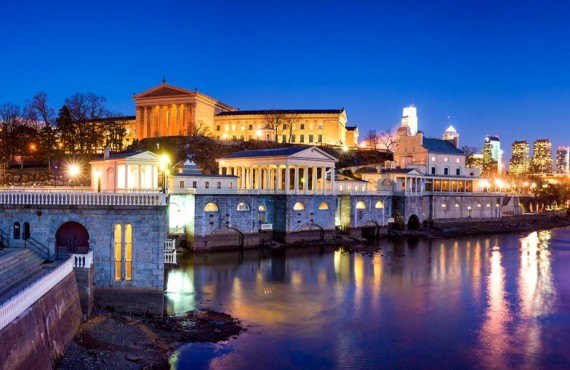 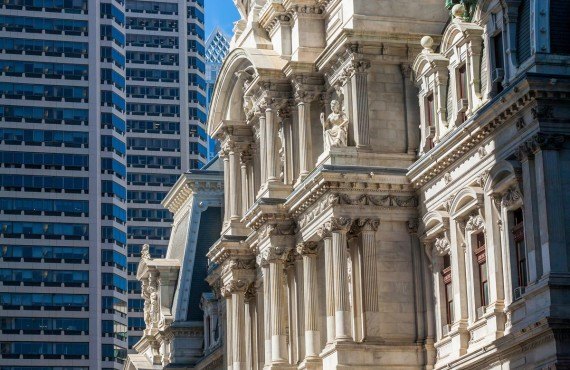 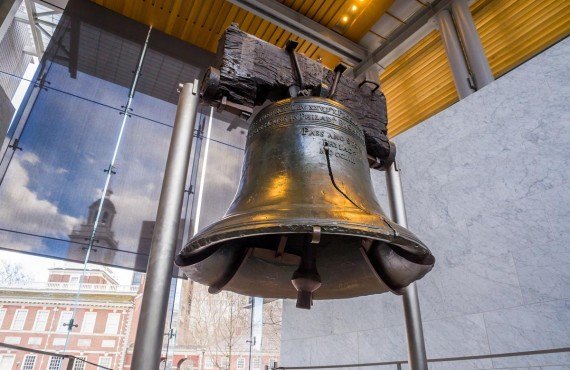 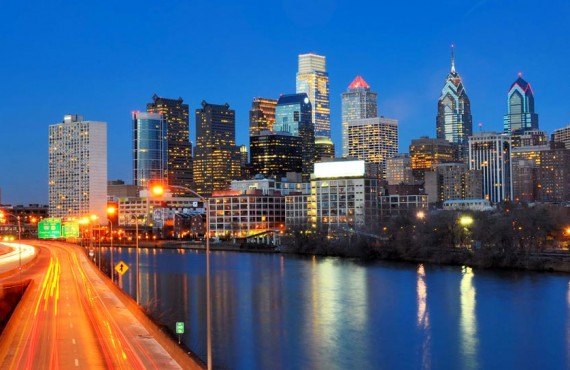 Capital of the United States until 1799, Philadelphia, or Philly for short, is now the intellectual and historical centre of Pennsylvania.

The city's founder William Penn, named it Philadelphia, which is Greek for “brotherly love”, in 1682 because he wanted it to be an island of peace and religious tolerance.

Culture is everywhere in Philadelphia. A real open-air museum, the city is teeming with sculptures and other works of art, not to mention a significant musical heritage.

It is easy to understand why this great American metropolis is such a popular tourist destination.

The Parkway Museum District is home to many museums, several of which are located on Benjamin Franklin Parkway . This thoroughfare lined with trees, fountains and gardens stretches diagonally for 1.6 km. You can easily spend an entire day here if you choose to visit several museums. The parkway begins at the Philadelphia Museum of Art and ends at Love Park (Arch Street), site of the iconic LOVE sculpture. This statue, which stands in JFK Plaza (15th Street and JFK Boulevard), symbolizes the brotherly love for which the city was named.

Built in 1928, this imposing Neoclassical building houses a museum with collections containing over 227,000 objects in more than 200 galleries. Exhibits include works by several grand masters such as Renoir, Cézanne, Van Gogh and Rubens. On Fridays after 5 p.m., the Great Stair Hall features “Friday Nights” with live jazz music and a cabaret atmosphere. Be sure to run up the 72 steps to the main entrance in the manner of Rocky Balboa, and have your photo taken next to the statue of the famous boxer.

Another must-visit museum is the Rodin Museum . You will be greeted by a bronze casting of “The Thinker” before the entrance of this Neoclassical building, which houses the largest collection of works by sculptor Auguste Rodin outside of Paris. The collection of 148 pieces, including several bronze castings, was assembled within just three years by Philadelphia magnate Jules E. Mastbaum with the idea of founding a museum.

Open Friday-Monday from 10 a.m. to 5 p.m. Admission is free, but a voluntary contribution of about $12 per adult is suggested.

The collection of Dr Albert Barnes was moved to the Parkway in 2012. This museum houses many beautiful works by French impressionist masters such as Cézanne, Manet, Picasso and Renoir. You can admire magnificent arrangements of paintings, decorative objects and sculptures, placed with careful attention to detail as the late collector intended. The Barnes collection is one of the world’s foremost collections of French impressionist and post-impressionist paintings.

Since 1824, the Franklin Institute has been dedicated to creating a passion for science. It is the most visited museum in Pennsylvania. Be it exploring the interior of a giant human heart (15,000 times larger than life!), visiting the rooftop weather station or gazing at the sky through a telescope in the rooftop observatory, there is something for everyone. Don't miss the Benjamin Franklin National Memorial centrepiece in the museum's rotunda.

The largest municipal building in the country, Philadelphia's City Hall is topped by an immense bronze statue of William Penn, founder of the state of Pennsylvania. This impressive building in the centre of Penn Square took over 30 years to complete. You can visit the tower's observation platform for a spectacular 360-degree view of the city.

Indoor and outdoor guided tours are generally offere. Go to the City Hall Visitor Center to get tickets (1 Penn Square).

This large historical park is located within the Old City neighbourhood and features, among other things, a tourist information centre (1 Independence Mall W) and the country's two most iconic symbols of liberty:

Independence Hall is where the Declaration of Independence was signed in 1776 and where the United States Constitution was written in 1787. Don't miss the iconic presidential Rising Sun chair, original inkstand and copies of the founding documents. Admission if free, but you must obtain timed entry tickets by phone, online or at the Tourist Information Centre. Open daily from 9 a.m. to 5 p.m. (520 Chestnut Street).

Another symbol of liberty, the Liberty Bell is housed in a glass pavilion and is one of the most popular tourist attractions in Philadelphia. Open daily from 9 a.m. to 5 p.m. (526 Market Street). 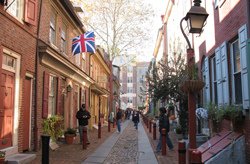 If you feel like it, get out of the park and take a stroll through the old history-filled cobblestone streets Old City . You will find beautiful churches and 18th century red brick row houses, as well as numerous shops, cafes and restaurants. The narrow and charming Elfreth's Alley is the oldest residential street in the U.S.

This public market is one of the largest and oldest in America. It offers a wide selection of local produce and products, including those of Amish farmers. Attached to their traditions, the latter maintain a simple lifestyle, on the fringes of consumer society and modern technology. They live off the land and come to sell farm produce and handicrafts at the market. The market is also the ideal spot for a tasty and affordable lunch.

As the first star-shaped penitentiary, it has served as a model for more than 300 prisons around the world. No longer in use, the Eastern State Penitentiary bears witness to a rich past. You can visit its corridors, its classrooms, its hospital, its places of worship and some of its cells, including Al Capone's plush cell. Several tours are available.

Located in the University City neighbourhood, the Penn Museum is the anthropology and archaeology museum of the University of Pennsylvania. It offers a trip through time and space that unlocks the wonder of the human story. Learn more about ancient peoples in places around the world and admire their treasures, such as the 3,200-year-old, 15-ton sphinx in the Egypt Gallery and the 27.5-m rotunda in the Chinese Gallery. Guided tours of the different exhibits are offered.

Stroll through the extraordinary gardens and discover the fascinating mosaics of Isaiah Zagar, an artist and the gardens' creator. A real genius of recycling, Zagar turns ordinary objects such as empty bottles of all colours, bicycle wheels, plates and shards of mirror into original works of art that surprise and delight.

About 30 minutes outside Philadelphia, in Chester County, lies the magnificent Brandywine Valley with its lush countryside and several rivers. It is the perfect place to visit wineries and sample fine wines, admire mansions, stroll through sumptuous gardens or go hiking in the hills.

The Brandywine River Museum of Art enjoys an enchanting setting on the bucolic Brandywine River. In a renovated 1864 mill, you will discover a distinguished collection of works by the family of Andrew Wyeth.

The Longwood Gardens cover 4 km2 and feature 40 superb outdoor and indoor gardens created by Pierre S. Du Pont and his wife about a century ago.

You will find more than 11,000 specimens of plants and flowers, as well as several lakes, ponds and fountains.

The Lancaster County Amish community has about 59,000 members living apart from society, without electricity or modern technology, according to traditional values based on farming and family life. Here, time appears to have stopped in the 17th century!

Lancaster County is full of interesting small towns and villages just waiting to be discovered. Dare to take the back-country roads and you are sure to come across horse-drawn carriages used by the members of the community as a means of transportation. You may also see farmers working with their horses in the fields.

Routes 30 and 340 are the roads most frequented by the Amish in their buggies.

While in Philadelphia, you simply must try the classic Philly “cheesesteak”, a sandwich made from thinly sliced beefsteak with melted cheese and onions. On almost every street corner you will find a restaurant offering the "best" cheesesteak. Pat's King of Steaks and Geno's Steaks are competitors, located across the street from each other. Pat's claims the famous sandwich was invented by its founder in 1930, while Geno's claims to have improved the original recipe. The choice is yours! Be ready for a lineup, but you will be served quickly.

Both restaurants are open 24 hours a day, 7 days a week.

This popular Italian restaurant is widely considered one of the best in Philadelphia. The atmosphere is warm and friendly, and the tasty dishes are prepared in the finest Italian tradition using fresh, high-quality ingredients. You can bring your own wine or order from the wine list.

Talula's Garden is among the best restaurants in the country, offering inventive cuisine based on locally-sourced, farm-fresh ingredients. Enjoy delicious seasonal mid-Atlantic dining in a magnificent setting with a view of the garden or surrounded by lush greenery on the patio. An unforgettable fine dining experience! Reservations are required.

(Translated by Google) Take an unlimited day pass with the PHLASH bus line ($5 per person, one bus every 15 minutes) to loop around the center and the main attractions to visit 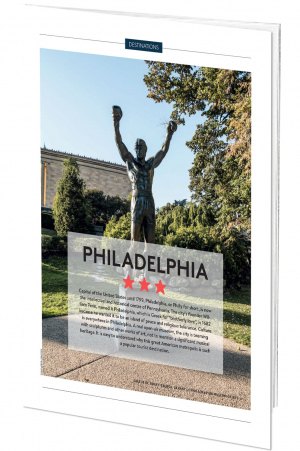