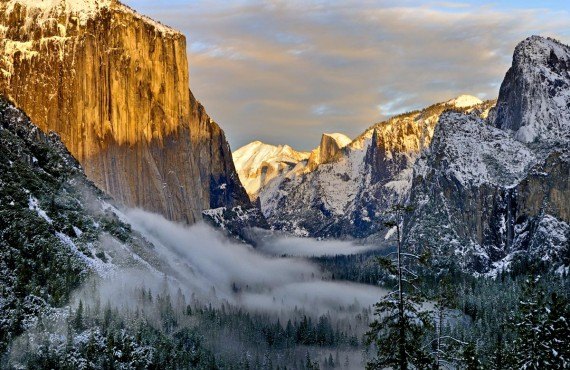 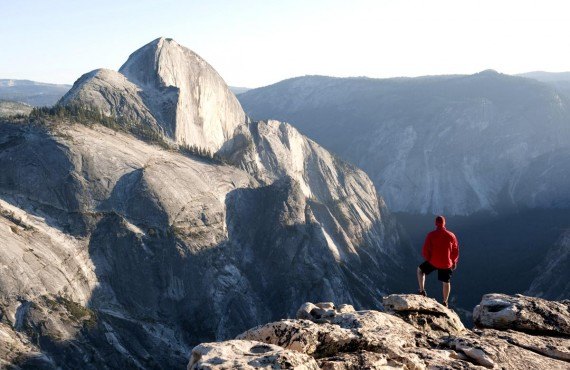 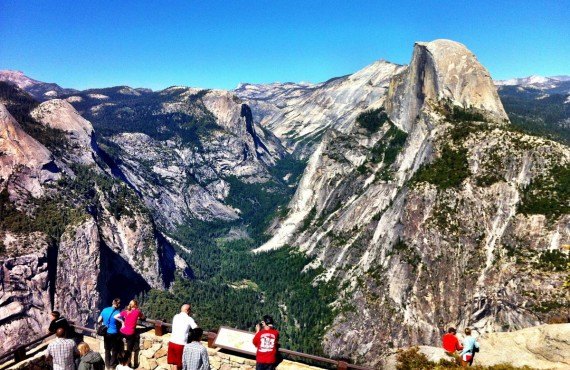 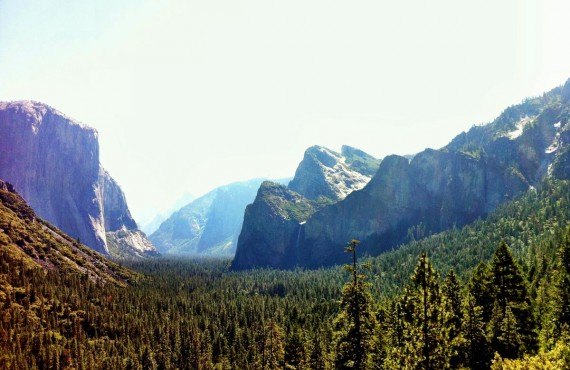 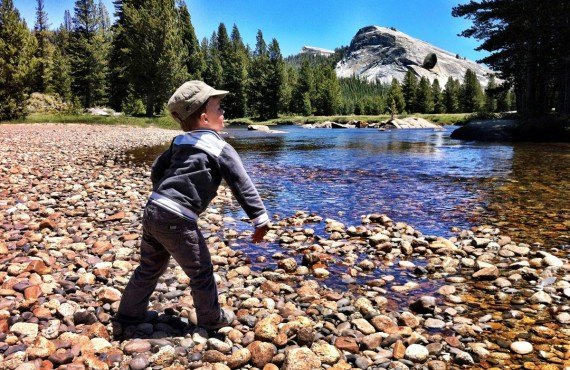 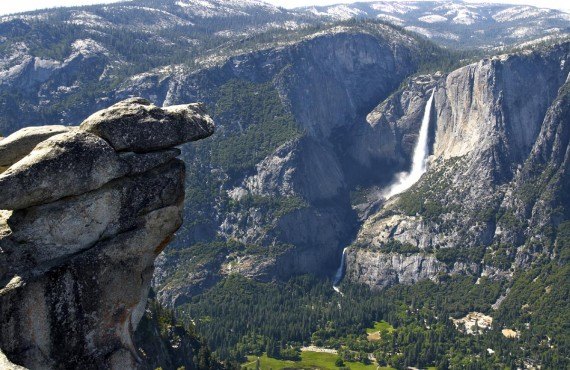 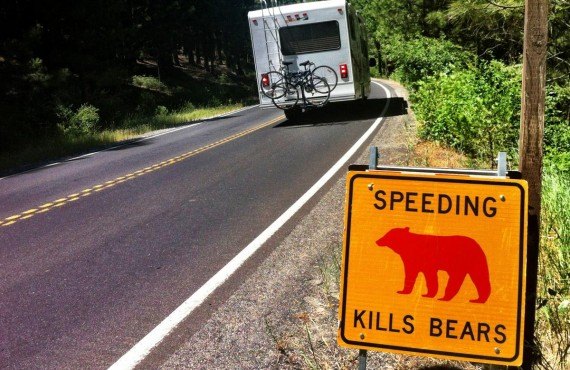 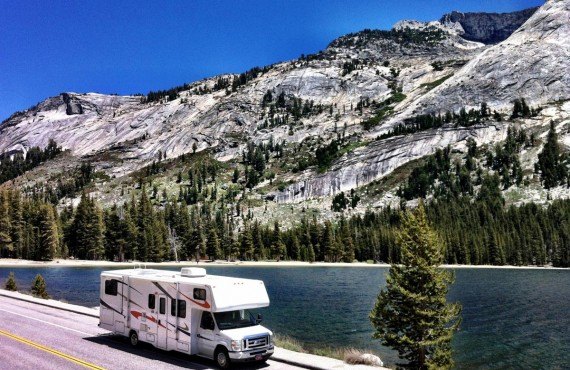 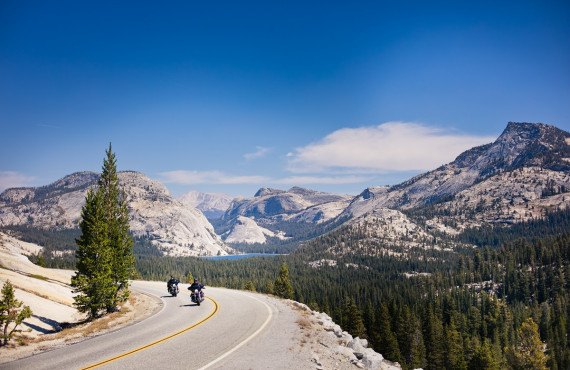 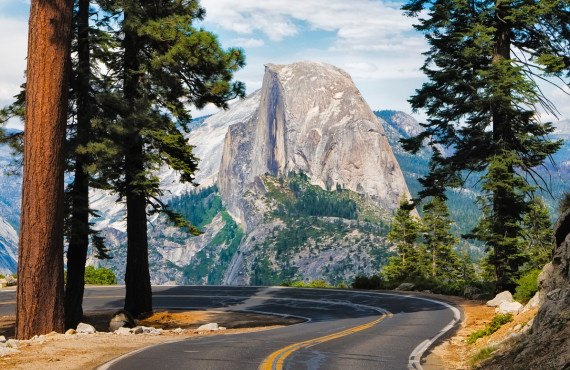 Yosemite National Park in the Sierra Nevada mountains is the third largest park in all of California, covering 3,079 km2.

The park welcomes more than 3.5 million visitors each year. The Yosemite Valley became the first area of land to be protected by the U.S. government in 1864.

Yosemite Valley offers breathtaking scenery with its towering granite cliffs, powerful waterfalls and giant sequoias, not to mention the astounding biodiversity that lives within this UNESCO World Heritage Site.

The Yosemite Valley section of Yosemite National Park, where most of the park's famous cliffs and waterfalls are found, is accessible by car and bus all year round.

Tunnel View is the best viewpoint for iconic views (and photos) of Yosemite Valley. While best known for its mountains, the park also boasts thousands of lakes, two reservoirs and many waterfalls. It also has ancient giant sequoia trees (in Mariposa Grove), for anyone who doesn't have time to visit Sequoia and Kings Canyon National Park.

These landscapes are a reminder that, around 2 million years ago, this area was covered by glaciers that carved out the valley, leaving these natural monuments in their wake.

On the right you can see Bridalveil Falls , spilling from an enchanting hanging canyon into the pine-carpeted valley.

Across from the falls, to the left, is the sheer 2,307-metre face of El Capitan , one of the largest granite monoliths in the world. Its sheer size will impress you; it's easy to believe that it boasts one of the world's highest cliffs!

In the background, Half Dome looms over the end of the valley from a height of 2,693 metres, a massive formation resembling a dome cut in half with a dark band running across its sheer face.

Yosemite Falls is a series of three falls which, taken together, form the third tallest waterfall in North America (739 metres) and the fifth tallest in the world. The falls are at their most magnificent in late spring, when water flow is at its peak from the melting snow and glaciers of the Sierra Nevada.

An easy 30-minute round-trip walk leads to the base of the falls (Lower Fall). You can also follow the Yosemite Falls Trail to the top of the Upper Fall, but it will take you 6 to 8 hours round trip.

Glacier Point, a lookout with a breathtaking view of the Yosemite Valley, Half Dome and Yosemite Falls, is accessible by car and bus from late May to October or November. You can also get there by one of two hiking trails: the Four Mile Trail (difficult, 6 hours round trip) or the Panorama Trail (less steep, 10 hours round trip).

A short, paved, wheelchair-accessible trail leads from the Glacier Point parking lot to an exhilarating viewpoint 3,214 feet above Curry Village.

Visit Glacier Point at sunset and watch the valley fade into deepening dusk as the mountain peaks glow shades of pink and red.

The Tioga Road is the highest trans-Sierra route in California, reaching an elevation of 9,945 feet at the Tioga Pass. It is a 45-kilometre scenic drive between Crane Flat and Tuolumne Meadows, passing through forests and past meadows, lakes, and granite domes. It has many turnouts offering spectacular vistas.

Today, the Tioga Road is a seasonal road used by more than 500,000 visitors every year. It is typically open from late May until November, depending on the weather conditions, and closes every winter.

Olmsted Point along the Tioga Road offers panoramic views of Tenaya Canyon and, in the distance, you can see Half Dome from a very different angle.

Tuolumne Meadows is a large, open subalpine meadow graced by the winding Tuolumne River and surrounded by majestic peaks and domes. It is a wonderful place to go for a stroll and marvel at the beauty of your surroundings.

Located on the edge of the snow-capped peaks of the Sierra Nevada mountains, about ten kilometres east of Tioga Pass in Yosemite National Park and 50 km north of Mammoth Lakes, Mono Lake is an ancient salt lake with an unusually productive ecosystem. As it is 2.5 times as salty as the ocean, no fish can live there.

However, the desert lake is home to trillions of brine shrimp, which thrive in its salty waters, and provides critical habitat for two million annual migratory birds that feed on the shrimp and alkali flies. Volcanic in origin, it is known for its picturesque calcium carbonate formations that rise above the surface of the water, known as tufa towers. The south shore of the lake, South Tufa, offers the most spectacular scenery, and the light is best for taking pictures early in the morning.

Short guided tours are usually offered on Saturdays and Sundays in low season and three times a day during the summer. Stop at the Visitor Center to learn more about the lake's history, geology and wildlife (Open every day from 9 a.m. to 5 p.m. If you feel like it, you can even swim in Mono Lake: floating effortlessly on the salt water is a delightful and memorable experience!

Bodie, California was a boom town that sprang up in the late 19th century, only to become a ghost town just a few years later. In 1859, prospector William S. Bodey discovered gold near what is now known as Bodie Bluff. A mill was built there in 1861 and the town quickly grew. The population increased from 20 miners to over 10,000 at the town's peak in the 1880s. At that time, there were 65 saloons along Main Street!

The town went into decline in the subsequent decades and came to be described as a ghost town by 1915. It became a State Historic Park in 1962. Since that time, its buildings have been maintained, but have not been restored. The park is generally open year-round from 9 a.m. to 6 p.m. in April-October and from 9 a.m. to 4 p.m. in November-March. It is accessible only by skis, snowshoes or snowmobiles during winter months.

One of the most popular restaurants in town. The Castillo family has been serving classic Mexican fare such as enchiladas, burritos and tamales since 1991. They use the freshest ingredients and welcome you with friendly service, a warm atmosphere and very affordable prices.

Open daily from 11 a.m. (hours may vary according to the season).

Savoury's is another favorite eatery with the locals in the small historical town of Mariposa. The menu features simple, fresh dishes such as penne with Bolognese sauce, chicken with pesto and chipotle, spicy diablo shrimp and steaks. For dessert, the decadent panna cotta on a bed of strawberry sauce and the airy lemon mousse are two decadent examples. Children's menu available.

Located inside Big Trees Lodge (formerly the Wawona Hotel), the chef cooks up an array of seasonal specialties as well as traditional favorites, including fresh trout and a sumptuous flank steak. The pot roast is a favourite, and be sure to try the turkey chili when it's on the menu. In the summer, the Saturday night outdoor barbecue is a must. The former Wawona Hotel is a national historic site and was even visited by President Roosevelt.

Enjoy award-winning cuisine in a spectacular dining room with a 34-foot high ceiling and floor-to-ceiling windows. The restaurant is located inside the historic Yosemite Hotel (formerly the Ahwahnee Hotel) and is considered the crown jewel of Yosemite dining for its fine cuisine and exceptional views of Half Dome and Glacier Point. On the menu: Angus beef, free-range chicken with mango and tabbouleh relish, sautéed mountain trout, pasta, vegetarian and gluten-free dishes, and more.

Austrian-born Erna Kubin-Clanin brought European haute cuisine to the foothills of the Sierra Nevada. Ranked as one of the best places to eat in California, Château du Sureau is proud to be a member of the exclusive Relais & Châteaux group. Located inside an elegant 10-bedroom hotel surrounded by vast gardens, the restaurant has three dining rooms where the chef carefully prepares the finest dishes. Reservations are highly recommended and there is a dress code. 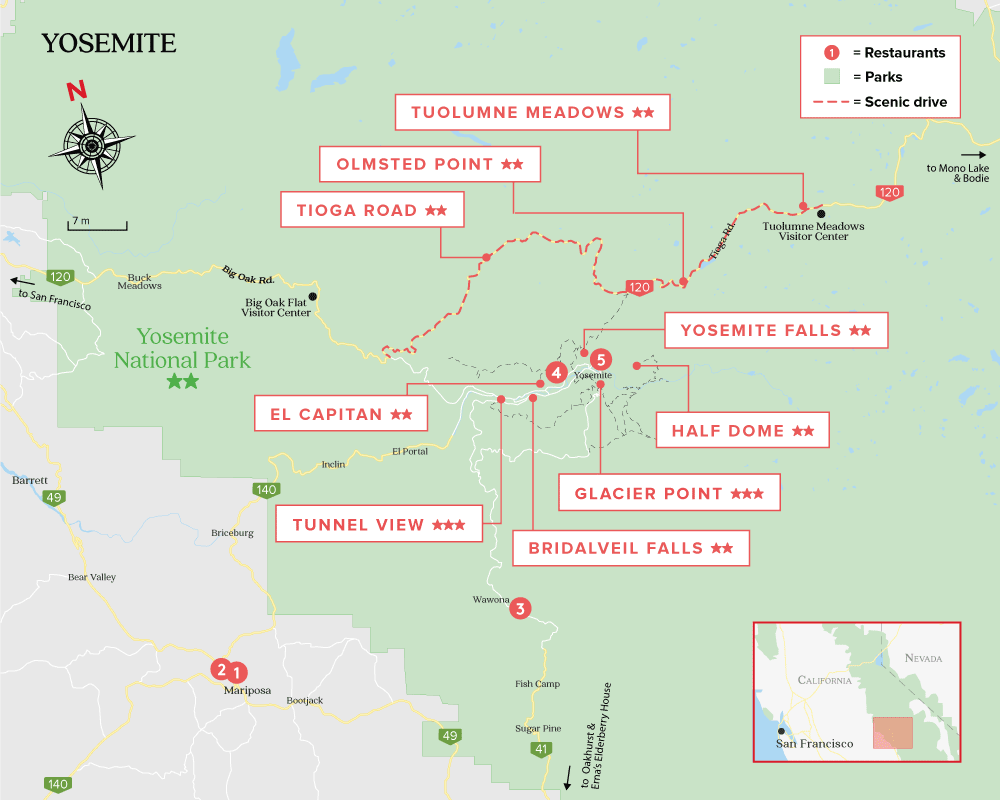 We were unlucky with weather :/

(Translated by Google) Park not to be missed several extraordinary points of view. It is absolutely necessary to do the scenic route Tioga Pass Road. 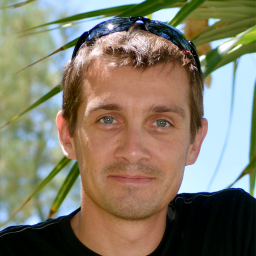 (Translated by Google) Fabulous hikes among the giant sequoias in the Mariposa forest or the ascent to Glacier Point by the 4 miles trail and the descent by the Panorama trail!
Would also deserve more time on site... 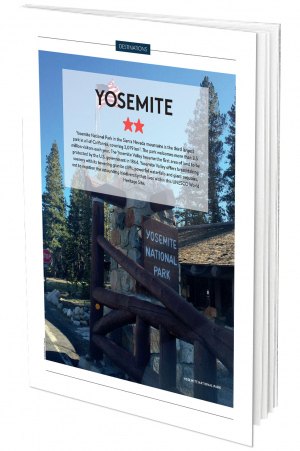