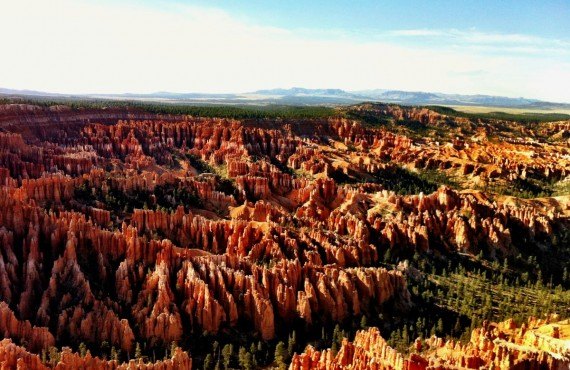 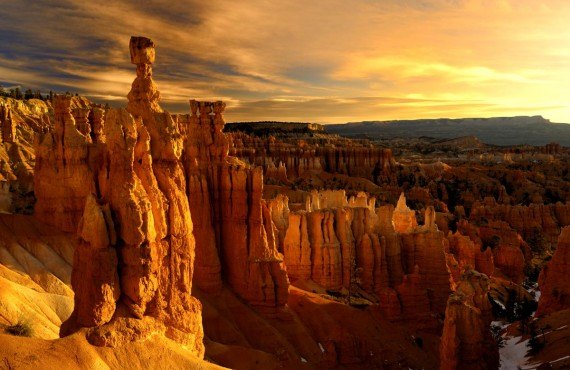 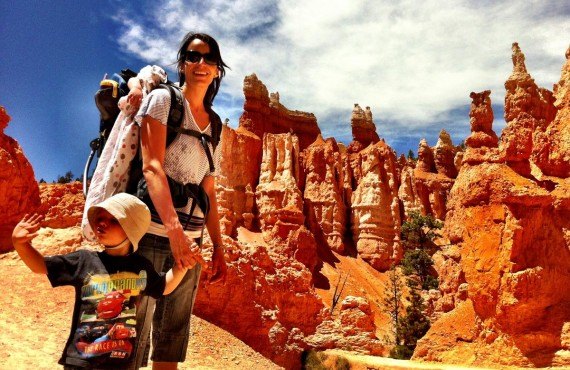 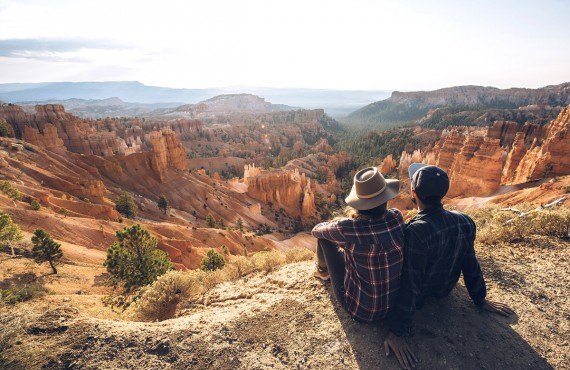 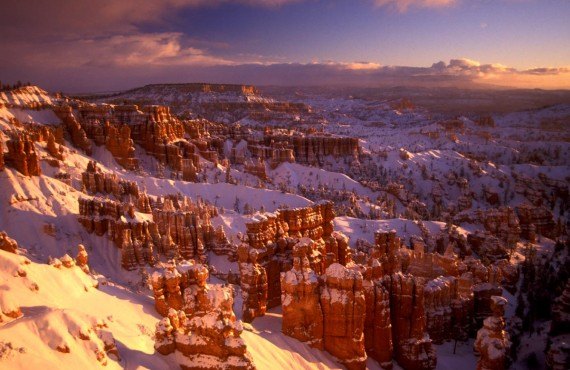 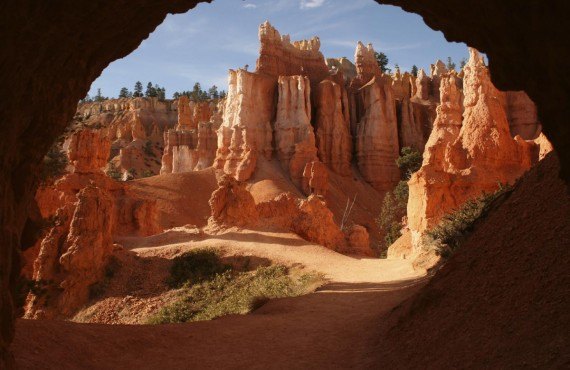 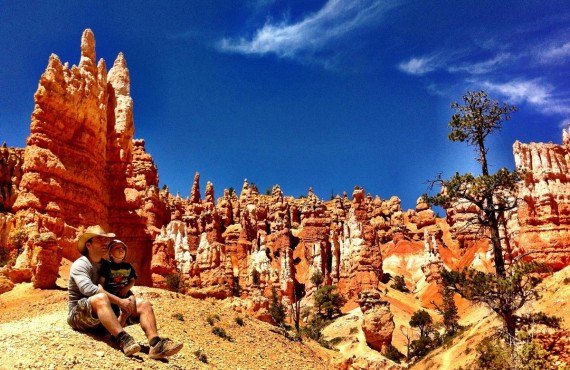 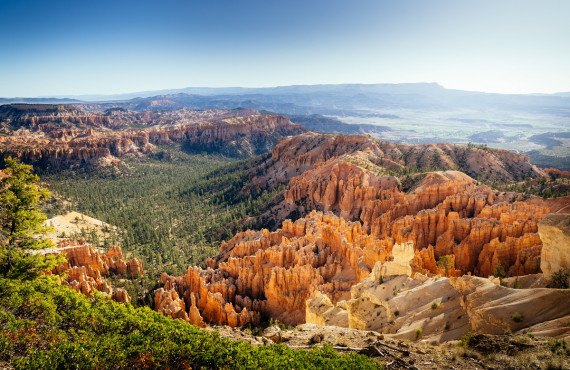 This unique national park is characterized by its natural amphitheatres containing hundreds of irregularly-eroded rocky spires and pillars topped by a rock "cap", called Hoodoos.

Trappers passing through during the 19th century remarked on the area's difficult terrain, while  Ebenezer Bryce, who settled here with his family in 1875, famously quipped that it was “a hell of a place to lose a cow!”.

Bryce Canyon National Park was officially designated in 1928 and named in Bryce's honor.

The Bryce Amphitheater area is the most visited section of the park.

This is the first of the four Bryce Amphitheater viewpoints, and the closest to the Visitor Center.

Aptly-named Sunrise Point offers an unforgettable sunrise experience as the first rays of the rising sun bathe the landscape in hues of orange.

From Sunrise Point, the magnificent Queen's Garden Trail leads through the hoodoo forest for a closer look at these wonderful, multi-coloured eroded rock sculptures.

On the way back, you can return via the Navajo Loop Trail to the next viewpoint at Sunset Point.

Another magnificent view of Bryce Canyon.

Despite its name, we prefer Bryce Point viewpoint for watching the sun set over the amphitheater.

You are bound to be inspired by the spectacular view of the many rows of stone statues stretching all the way to Sunset Point.

If you feel like it, you can walk from here to Bryce Point along the Rim Trail , an easy trail that follows the edge of the cliff above the Bryce Amphitheater (about 1 hour, and you can return by shuttle).

Bryce Point, the southernmost viewpoint, offers one of the most scenic vistas of the full amphitheater from its elevation of 2,528 metres.

What could be better than sunset at Bryce Point for a beautiful way to end your day?

Restaurants around Bryce are said to be decent but nothing more, and your safest bet may be to bring your own food if possible (for a picnic).

Here you will find rustic elegance, a warm atmosphere and some of the best dining in the area, prepared from organic and regional products. The restaurant has two large stone fireplaces and beautiful bay windows overlooking the park. The menu changes regularly, but generally serves Alaskan sockeye salmon or rainbow trout, steaks, including buffalo sirloin, pasta and vegetarian dishes.

This gem of a restaurant is located in the small town of Tropic, about 20 minutes from the Bryce National Park Visitor Center, but is well worth the detour. The staff want your dining experience to be unique and memorable, and will do everything they can to make it a success. You are sure to be charmed by the superb poultry, beef and seafood dishes, topped with one of the delicious sauces made entirely in-house. To top it all off, the deck offers breathtaking views. Be sure to make a reservation! 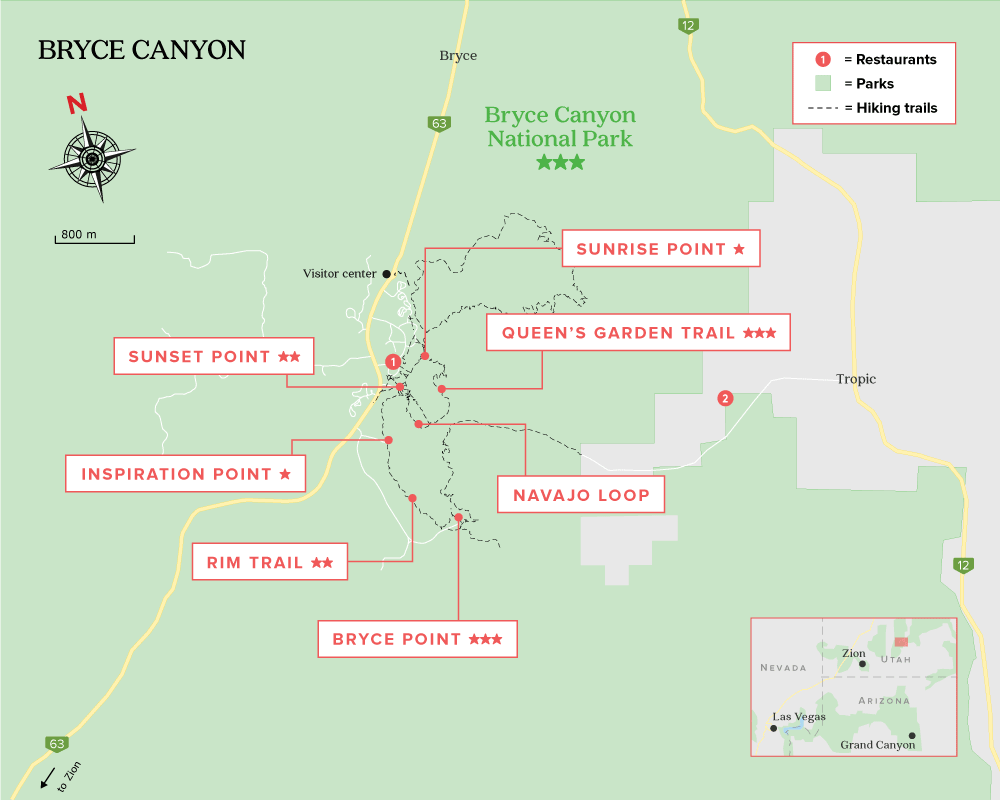 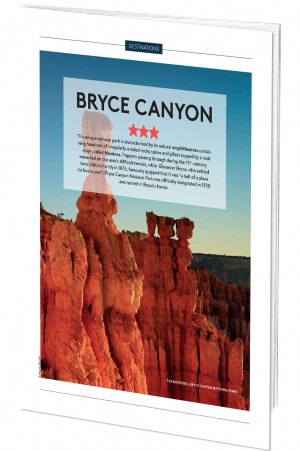