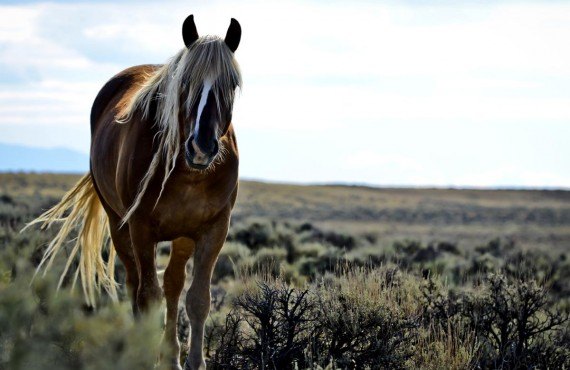 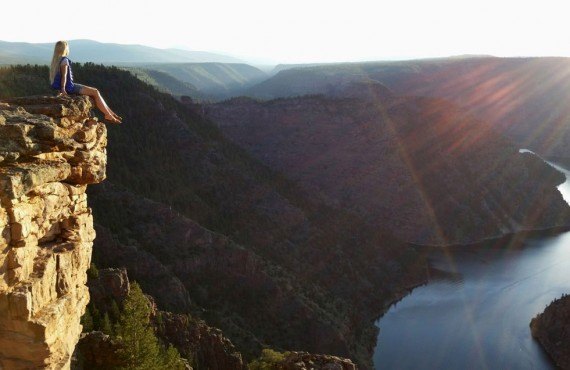 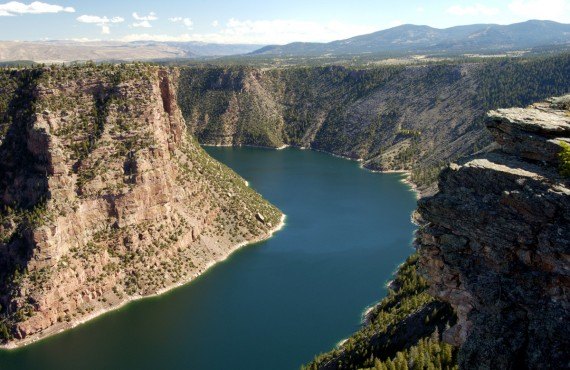 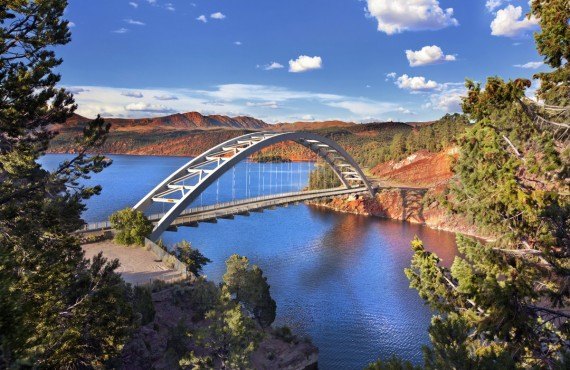 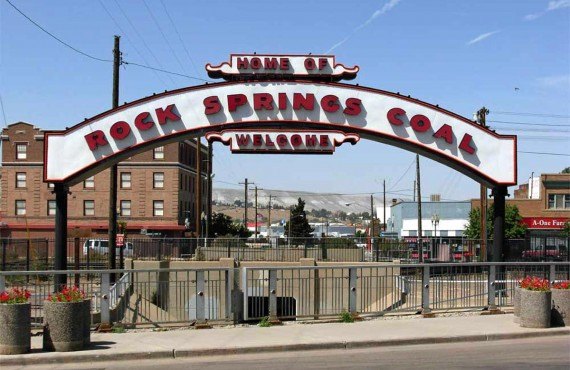 This small typical western town is a short stop for many visitors on their way to northern Wyoming to visit Grand Teton and Yellowstone national parks.

Rock Springs supplied the entire country with coal to power the steam engines back when the train was a popular means of transportation for both passengers and goods.

In addition, the area around Rock Springs is home to some of the largest wild horse herds in the world.

Take the time to stop and watch them. You will realize that you are deep in the heart of cowboy country.

Known to some as "Dinosaur National Park" the Monument is 1,290m² of history. It traces the lives of dinosaurs that roamed here 251 million years ago.

Hundreds of fossils were discovered here in 1909. In 1915, 32 hectares were declared an official national monument to preserve the 150-million-year-old dinosaur fossil beds found within, and a few years later the protected area was extended to its current size.

Here are some of the attractions you won't want to miss:

In this exhibit hall you will be able to view the "Wall of Bones" containing approximately 1,500 dinosaur bones. The bones of many different species of dinosaurs are encased in the rock, including the diplodocus, one of the longest dinosaurs in the Jurassic period. There are even several places where you can touch real 149-million-year-old dinosaur fossils!

To access the Quarry Exhibit Hall, first stop at the Quarry Visitor Center to see whether you must take the park shuttle or your personal vehicle.

In high season (late May to mid-September), Quarry Exhibit Hall is open daily from 8 a.m. to 5:30 p.m. In low season (mid-September to late May), it is open from 9 a.m. to 5 p.m. Closed on Christmas and New Years Day as well as Thanksgiving.

The pre-Columbian Fremont people, who lived in this area approximately a thousand years ago, left evidence of their presence in petroglyphs and pictographs. Through these images and paintings, we can learn about their environment and culture.

A variety of petroglyphs and pictographs can be seen at Swelter Shelter, a few kilometres from Quarry Visitor Center.

These two remote areas of the park are next to each other along the Green River. Warning, visiting this area requires driving on unpaved roads that are impassable when wet.

The landscape between Split Mountain Canyon and Whirlpool Canyon is quite spectacular. The sheer size of these natural wonders will make you feel small.

Echo Park is in the heart of Dinosaur National Monument. Here, the Yampa River flows into the Green River, which winds around the massive feature known as Steamboat Rock. Visiting Echo Park requires a high-clearance vehicle such as a 4X4, especially the last 20 km which are unpaved and impassable when wet.

Echo Park provides many opportunities to discover Fremont petroglyphs and explore the canyons that formed between the two rivers. Before heading to the Echo Park area, stop at the Canyon Visitor Center for information on road conditions.

The reservoir is a popular destination for brown and rainbow trout fishing and many water sports such as kayaking, diving, swimming, canoeing, jet skiing and water skiing.

Built in 1946, Flaming Gorge Dam offers guided tours of the dam and the hydroelectric plant. There are also spectacular rafting trips on the Green River below the dam.

The Visitor Center, located south of the reservoir, is open daily from 9 a.m. to 5 p.m., mid-April to mid-October.

This 8-km trail (one-way) follows the south rim of Red Canyon, a dramatic canyon sculpted by the powerful Green River at Flaming Gorge. There's no need to go far, the view is already spectacular near the parking lot at the trailhead. Many viewpoints along the trail offer opportunities for stunning photos, especially at sunset.

The Red Canyon Visitor Center is generally open daily from 9 a.m. to 6 p.m. in high season.

Located about 30 km south of Rock Springs, Adobe Town is an area of badlands located in a cold desert on the Great Divide between the Atlantic and Pacific watersheds. Visitors don't necessarily go for Adobe Town itself, but for the road that leads there.

The area is home to herds of wild horses and pronghorn antelope. Have your camera at the ready!

Bonsai offers the best, most courteous service in town and a wide selection of good Asian fare. The sushi is fresh, well prepared and very tasty. The best time to go is at lunch, when they offer combo meals at good prices.

At Bitter Creek Brewing you'll find something for the whole family: pizzas, subs, salads, soups, pasta... A casual, friendly place but probably not the best meal of your trip.

This is the area's star restaurant, whose Neapolitan wood-fired pizza gets consistently rave reviews! The menu also offers many other Italian specialties including soups, salads, pasta, sandwiches and much more. A good choice at a good price.

Vernal Brewing Company is the brainchild of owner Ginger Bowden, who dreamed of opening a warm and welcoming gastropub serving food made from garden-fresh ingredients and craft beers on par with the greatest American brews. The American pub-style menu is quite basic and without a great deal of choice, but offers interesting salad, sandwich, burger, steak and fish dishes. 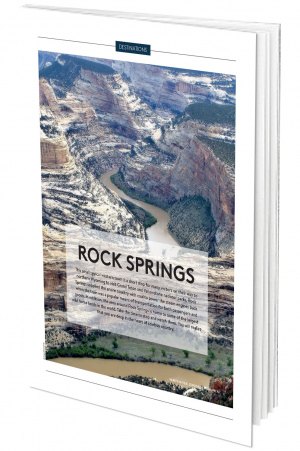