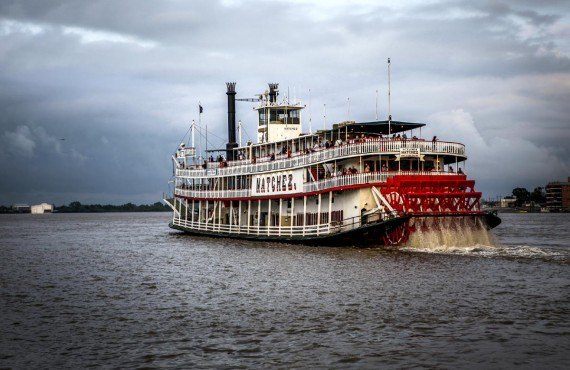 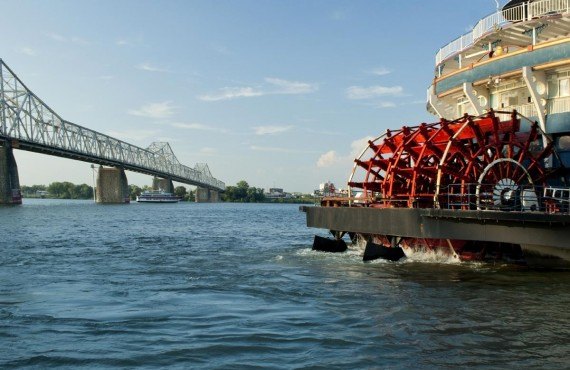 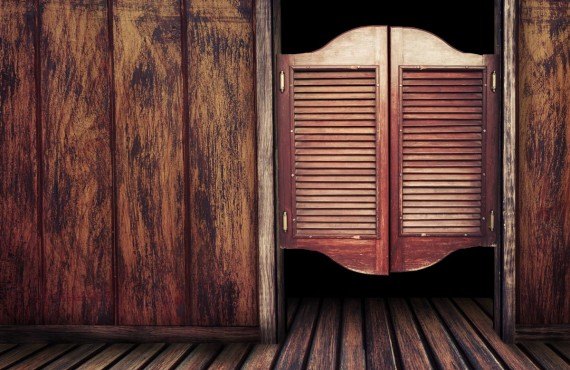 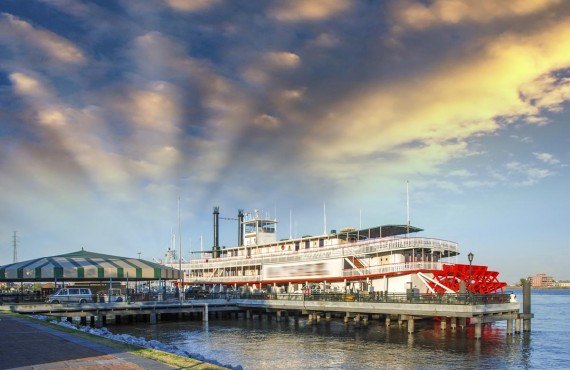 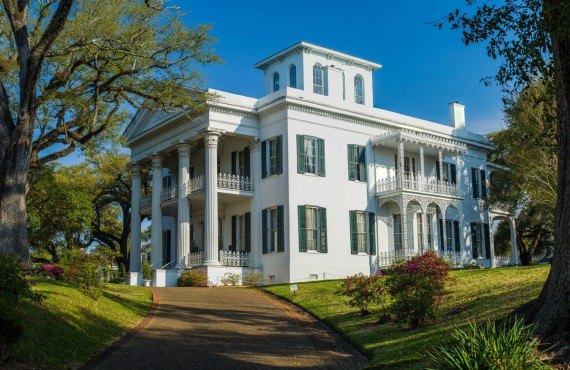 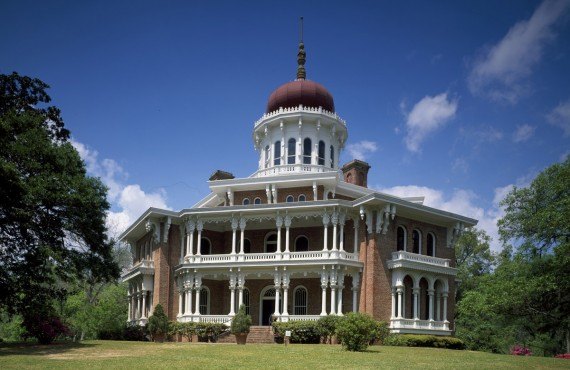 Perched on a bluff overlooking the Mississippi River, Natchez is a hidden jewel of the South with a rich culture and heritage shaped by people of African, French, British, and Spanish descent. It’s first inhabitants, however, were the Natchez Indians, for whom the city was named.

Although it is a little out of the way, Natchez is often included in Louisiana tours due to its historic importance.

Before the American Civil War, a large number of wealthy Southern cotton planters came to settle here. Many of these antebellum mansions have survived and form a major part of the city's architecture and identity.

Grand Village of the Natchez Indians

The Grand Village was the main ceremonial center of the Natchez Indians between 1682 and 1729. The 128-acre site features three ceremonial mounds as well as a reconstructed Natchez Indian house and a museum. During the height of power at the Grand Village, the French explored the region and began to make settlements. Relations between the French and the Natchez quickly deteriorated until, in 1729, the Natchez were forced to abandon their homeland. The site was declared a National Historic Landmark in 1964 and a Mississippi Landmark in 1985.

This superb octagonal mansion was designed by architect Samuel Sloan for Haller and Julia Nutt, members of Natchez’s planter elite. Construction began in 1860, but came to a halt in 1861 when the Civil War broke out and the workers left for home. As a result, only 9 rooms on the basement floor were completed. Despite its unfinished state, the house is magnificent with its many Corinthian columns. The property was named a National Historic Landmark in 1971. Be sure to visit the circular observatory for a panoramic view of the city.

In 1857, Frederick Stanton, an Irish immigrant and cotton broker, began construction on the house of his dreams: a Greek Revival style mansion designed by the great Thomas Rose. Stanton named the house “Belfast” but died just a few months after its completion in 1859. His family lived there until 1894, when it became home to the Stanton College for Young Ladies and was renamed Stanton Hall. Declared a National Historic Landmark in 1974, the house is furnished with original Stanton Family pieces and offers a glimpse into the life of a wealthy Natchez family of the time.

In 1716 the French built a fort on the bluffs of Natchez and named it Rosalie in honor of the Countess of Pontchartrain. Just over one hundred years later, Peter Little purchased a portion of that land on which to build his home, where he lived with his wife Eliza. After Peter's death in 1857, Mr. and Mrs. Andrew Wilson acquired the estate at auction. General Walter Gresham requisitioned the house in 1863 to use as Union Army headquarters. After the occupation, Fanny, the Wilsons' adopted daughter, lived on the estate with her husband and their 6 children. In 1938 their daughters Annie and Rebecca sold Rosalie to the Mississippi State Society, Daughters of the American Revolution, but continued to live there for the rest of their lives.

This Greek Revival style mansion was built in 1841 for the family of John T. McMurran. The Melrose estate features, among others, slaves quarters and other outbuildings such as stables and a kitchen building that provide a glimpse of the pre-Civil War lifestyle in the southern United States. A tour of the house and gardens will help you understand the role played by slaves and their "masters" in an estate setting. Today the 80-hectare estate is owned by the National Park Service.

Open daily from 9 a.m. to 5 p.m. (closed on some holidays) and guided tours are possible regularly.

William Johnson, a free black barber and former slave, used bricks from buildings destroyed in the tornado of 1840 to construct his house. The family lived in the upper stories of the house, while the first floor was rented out to merchants. The William Johnson House, renovated by the National Park Service, allows visitors to learn more about the life of free African Americans in the pre-Civil War South. Surprising fact: though a former slave himself, Johnson owned sixteen slaves at the time of his death. You will also learn about the extensive diary kept by William Johnson from 1835-1851 which detailed everyday life in Natchez.

Magnolia Hall was constructed in 1858 by Thomas Henderson, a wealthy merchant, planter and cotton broker. The home is one of the finest examples in Natchez of the Greek Revival style. The name of the house was inspired by the plaster magnolia blossoms incorporated into the design of the parlor ceiling. During a bombardment of Natchez during the Civil War, a shell hit the soup tureen in Magnolia Hall's kitchen. The Natchez Garden Club now owns Magnolia Hall and has restored it. Rooms on the main floor are filled with mid-nineteenth century antiques, while rooms on the upper floors contain a costume collection complete with crinolines, corsets and mannequins dressed in pre-war clothing.

Recognized as an architectural masterpiece, this house of worship, whose construction began in 1842, quickly acquired an important role as the cathedral of the newly established Diocese of Natchez. In 1998, Rome granted St. Mary the elevated status of minor basilica. Notice the magnificent prayerful setting in the midst of colored carvings, painted ceiling, and ribbed vaulting.

The Natchez Trace Parkway is a 444-mile road that passes through three states.

Once a commercial route, the Natchez Trace Parkway is now a recreational road and scenic drive. It follows the Old Natchez Trace, a historic forest trail created and used by Native Americans for centuries, and later used by early European explorers and settlers, slave traders, soldiers, and even a few future presidents. To fully enjoy this scenic drive, don't hesitate to get out of your car. There are many hiking trails along the section between Natchez and Lorman.

Sunken Trace, at milepost 41.5, is an interesting place to stop. This preserved portion of the deeply eroded or ‘sunken’ Old Trace provides one of the iconic images of the Old Natchez Trace. Just a short five-minute walk will send you back in time over 200 years!

Tamales are a tradition in the Mississippi Delta. If you've never tried this typical dish, make your way to Fat Mama's. This popular eatery is known for its colourful atmosphere, quick service, good prices, but above all for its famous, award-winning tamales. Be sure to try a Knock-You-Naked Margarita and to leave with a jar of Fire and Ice Pickles, for which they are also famous!

Before or after a tour of the mansions, stop for lunch at the Carriage House, next to Santon Hall. Carriage House offers excellent southern cuisine and is famous for its fried chicken and biscuits. And Sunday Brunch will not disappoint: in addition to fried chicken, it includes specialties such as poached salmon, steamed crawfish and shrimp bisque.

Currently open on Sundays only from 11 a.m. to 2 p.m. Call for updates.

You will be charmed by the service, ambiance and food at the quaint and eclectic Cotton Alley Cafe. The menu features a wide selection of sandwiches and salads for lunch and pasta, steak and grilled fish for dinner, in addition to a daily special.

This friendly family restaurant is also a sports bar with more than 18 local craft beers on tap. The menu offers a wide variety of sandwiches, burgers, tacos, quesadillas, soups and salads. You can dine on the deck and enjoy a glorious view of the Mississippi River.

Great walks, a city worth the detour 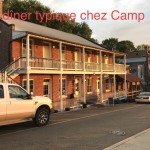 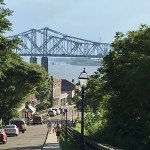 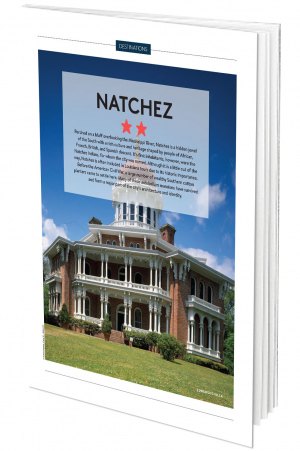